After Berlin and The Hague, the last stop of our Northern Europe journey was Amsterdam. Two days is really very short to discover a city but we were still able to gather here and there some useful tips and infos that could be useful for you to prepare your trip to Amsterdam. Transport, accommodation, good addresses you’ll find everything you need in our Amsterdam handy guide! (N.B Flag found here)

How to get to Amsterdam?

To get to Amsterdam, several options are available to you. You can get there by plane, train or even by coach. If you choose getting there by plane, we strongly advise you to try out the Skyscanner search engine to find the cheapest ticket possible. It’s a flights comparatof we use very regularly and which has the advantage of allowing a very wide search. You can just put your country of departure to find the cheapest airport and you can also indicate “the cheapest month” in your dates to find the best time to travel. Pretty handy and intuitive, it’s our most-go tool to get ready for a trip! Try to find a flight that suits you by clicking on the image below, just to see:

If your place of departure isn’t too far from Amsterdam (or if you are very patient), the cheapest solution is by coach. The drawback is that the travel conditions aren’t always the most comfortable and sometimes the trip can be very long! There are many coach companies operating in Europe. The only one we tried out and that we can recommend is Eurolines. We traveled all around the south of Europe with this company in February 2016 and things had generally gone very well, so we again called on them for our trip from The Hague to Berlin. You can read our full review in our dedicated article here.

Our trip to Amsterdam was a little more complicated than that. We landed at The Hague airport and then took bus number 33 to Rotterdam Central Station from where we took a train to Amsterdam ! The whole thing cost us about 20€ (22$) and took about an hour.

Getting to Amsterdam
Eurolines |
Skyscanner | Find a cheap flight here

How to move around in Amsterdam?

A bit like Stockholm, Amsterdam is a northern capital on a human scale. It’s very easy to explore it by foot since it’s not very wide which is very nice. During our stay the only means of transportation we used was the ferry that connects the city center to the Noord district where our hostel was located. There is every 5 minutes, it’s free, nothing more simple!

Since our great first experience in Lisbon, we prefer to sleep in hostels whenever we travel. It’s cheaper, friendlier and most of all, it’s a very good opportunity to meet people and potentially discover the city in a rather original way. This time, we laid down our hats at ClinkNOORD, in the Noord district at the north of Amsterdam. It’s only 15 minutes away (including walk and free ferry service) from Amsterdam Central Station and has the advantage of being in a quite peripheral and quiet area without being too far from the city center. The reception is simple but the atmosphere remains friendly and relaxed and we fell in love with its clean neat and modern decoration. As we like having our privacy, we booked a private room which was very basic, pretty small but had the enormous advantage of having huge windows that overlooked the canal just outside the hostel. And, great luxury, our room was south-east oriented so we had the chance to enjoy a nice sunrise from the comfort of our bed, not bad right?

[one_third] To book a hostel in Amsterdam, check out Hostelworld by clicking on the image below :

[/one_third][one_third] To rent a cheap apartment in Amsterdam on Airbnb you can search by clicking on the image below:

[/one_third][one_third_last] If you’d rather stay at a hotel in Amsterdam, use the Booking search engine right below :

Where to eat in Amsterdam?

During those 2 days, we didn’t try out many gourmet addresses in Amsterdam for budget reasons. We used to start our day with a very hearty breakfast at ClinkNOORD, our hostel, to be full until the evening. Cereals, scrambled eggs, charcuterie, hot drinks, as in most hostels, breakfast is a copious buffet for only 6,90€ (7.7$). It would have been wrong to deprive ourselves from it! As for restaurants, we did try Burger House, a lovely little burger place not far from Amsterdam Central Station. It’s simple, affordable and very good, a good little address without much pretension. In a more trendy and chic category, we recommend you go and discover new flavors at Tolhuistuin, in the former canteens of the Shell factory. Salmon marinated in tandoori spices with wasabi mayonnaise, fried scallops with Suriname black pudding or chicken satay with homemade peanut sauce and garlic popcorn, you’ve figured it out : the flavors in those dishes are original, surprising but always delicious! We loved this small shareable portions concept which makes the meal more convivial, a real favorite!

What about coffee shops in Amsterdam?

We don’t mean to send out the most grotesque clichés but it’s true that Amsterdam is also known for its coffee shops, those bars where you can buy and smoke weed or hash. Before telling you about our experience in these atypical places, we’d like to remind you some essential informations about the current legislation in the Netherlands. Things you need to know before setting foot in an Amsterdam coffee shop and most of all, the potential harmful health effects of such use.

What does the dutch law say?

First of all, you should know that the consumption of cannabis is not legalized but it’s decriminalized in the Netherlands. It means that it’s is illegal to grow, possess or sell cannabis. If you get caught with up to 5g (0.176 oz), it’ll be considered to be related to personal consumption. You’ll have to get rid of it but you won’t be prosecuted. However, a tolerance of the authorities exists because of its qualification as a soft drug in the Dutch law. The idea is to better control the use of cannabis in the country in order to avoid the development of mafia networks that could introduce the consumer to hard, therefore more dangerous, drugs. As a consumer, you can only buy cannabis from one of the 150 coffee shops throughout the city, if you’re over 18 and have an ID. Consumption in itself is permitted in the private setting as well as public places, provided that it doesn’t cause any nuisance, and remains totally prohibited near schools or children playgrounds.

What are the known harmful effects of cannabis?

Before continuing, it’s important to remember that cannabis remains a drug and its consumption shouldn’t be trivial. To date, it’s been recognized that using cannabis will significantly increase your response time and decrease your ability to concentrate. In addition, it increases the risk of road accidents and could be at the origin or trigger certain types of mental disorders. On the other hand, smoking cannabis releases carcinogens into the body and the smoke could have more important effects than when smoking a simple cigarette. Indeed, in the case of cannabis, the smoker will take deeper inspirations and will generally keep the smoke longer in his lungs.

Unlike other cities in the Netherlands, you don’t have to live in the Netherlands to have access to a coffee shop in Amsterdam but you still need to be over 18 years old and in possession of an ID. Most coffee shops have a menu where are listed the different varieties available for sale. Since it’s forbidden for coffee shops to promote their activity, the menus won’t be visible from the outside. Just ask to see it as soon as you enter the place and don’t hesitate to ask for advice from one of the employees. They’ll help you figure out what you need and their main concern is to make sure everything goes well. It’s also forbidden for coffee shops to sell alcohol but some of them offer food. You can buy up to 5 grams (0.176oz) per day and generally, the more expensive, the stronger the weed. Hash is usually named after its place of origin while weed is named after its composition. Rolling sheets and filters are available free of charge on site and if you wish, you can also buy a joint that is already ready for use. But know that generally, the ingredients are of lower quality. Finally, if you don’t want to smoke, you can also opt for the space cake option but beware, the effect will be much more important and therefore suitable for experienced smokers. During our stay in Amsterdam we went to Barney’s and Paradox, two very different coffee shops located in the very charming neighborhood of Jordaan, downtown Amsterdam. Our preference goes without a hitch to Paradox where the atmosphere was much more cozy and welcoming. We were there in the middle of the afternoon and there were several groups of friends around us playing board games, the atmosphere was really nice. We went to Barney’s in the evening and it was much smaller and uncomfortable but they had the advantage of offering varieties of weed that had won awards, perfect for connoisseurs who would like to have a little fun (it’s not cheap though, 17 € per gram, 19$ for 0.04oz!).

Favorite activities in Amsterdam and suggestions

There’s no doubt that Amsterdam is full of diverse and varied things to do, museums to explore and great addresses to discover. If there is one advice we can give you is to lose yourself, wander around the streets of Amsterdam. You might stumble upon a hidden treasure (which we invite you to come back and share with us here!). It worked rather well for us and that’s how we tested these few favorite activities that we wish to share with you.

Firstly, let’s start with the fascinating Banksy exhibition. He’s an anonymous British street artist who has stuck his works throughout lots of streets of the world. Whether you know his work or not, it’s certain that this exhibition won’t leave you cold because it pushes to reflection, contemplation and especially admiration. We discovered it by chance through posters displayed in the streets of Amsterdam and it was a real favorite. And if the idea of swinging your feet in the void tens of meters from the ground doesn’t give you cold sweats, we advise you to try out the A’DAM Lookout swing which is the highest in Europe. There’s no better place for a stunning view of Amsterdam while experiencing some thrills. We were there around 12am on a beautiful sunny day but it must be so beautiful at sunset!

We were invited to try out ClinkNOORD and the A’DAM Lookout swing. Any opinion expressed here is our own and hasn’t been subjected to any influence. 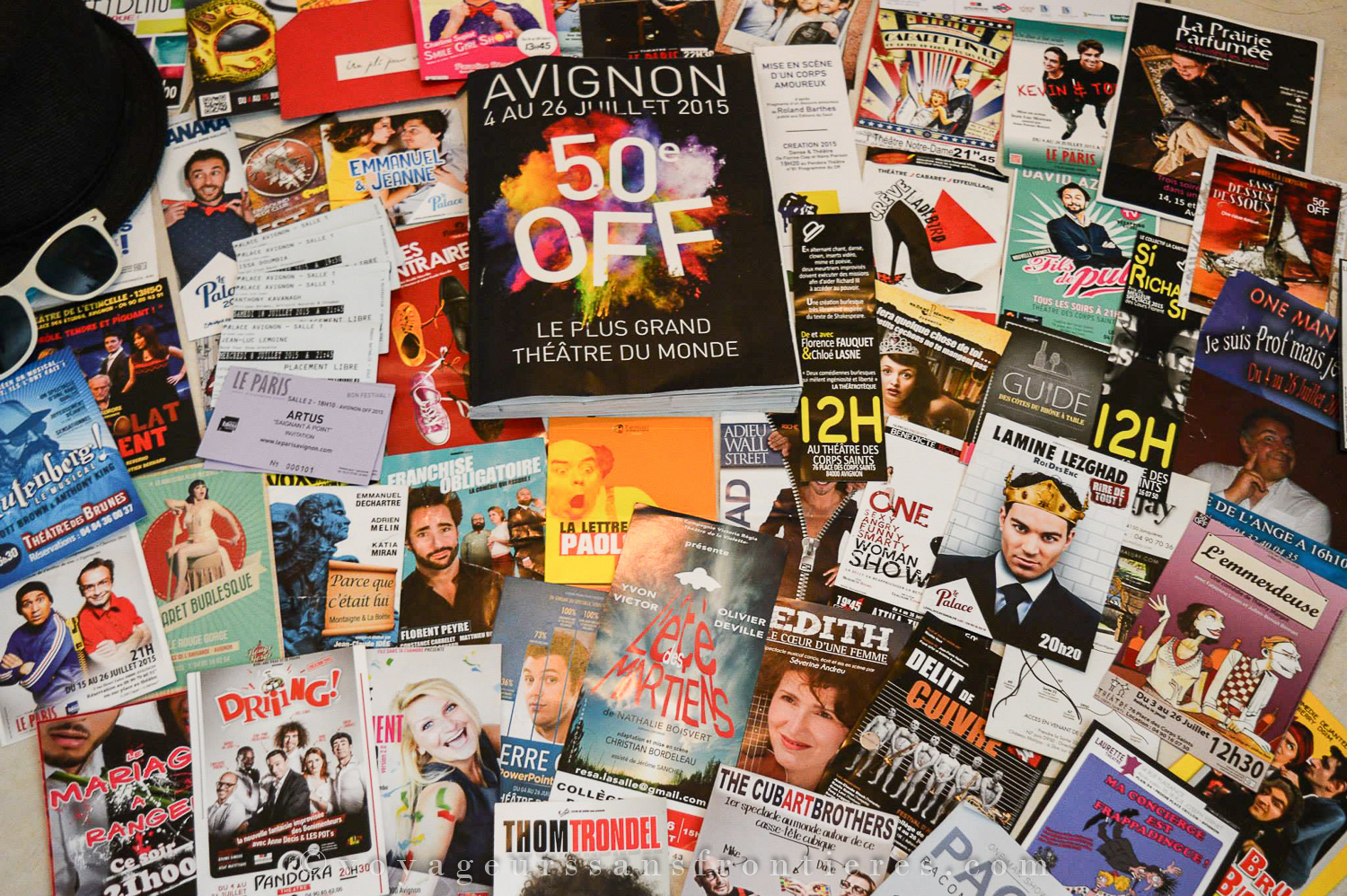