We had expected, desired and prepared this trip with great anticipation for several reasons. This was our first trip since 2007, our first trip together abroad and also the first time in 4 years that Nathalie had her summer vacation. After spending a year separated for professional reasons, this trip was also an opportunity to share new things together. The idea of Cape Verde came by chance while surfing the many tour operators websites. This Atlantic archipelago promised beautiful scenery, the discovery of a new culture and a still undeveloped tourism. We had read that Sal, although very present in the offers, was exclusively tourist aimed and did not offer many activities. So we decided to go with São Vicente. And after a lot of thinking and hesitation, we chose an all inclusive formula with Opodo including flights, accommodation and meals. While it is true that it’s not really an adventuresque option, this solution was ideal for us as it assured us shelter and food in case of money trouble while leaving us a certain freedom of action. Being cloistered in our hotel 24/7 was absolutely not an option!

We were literally overwhelmed by a humid heat when leaving the plane despite the fact that the sun was not really showing itself. The lunar landscape surrounding the small airport was quite surprising, but we were quickly amazed by this new country and excited to find out more about it. After recovering out luggages and paying for the VISA ($48/person), we were soon piling into minibuses sent by the hotel on the way to our new headquarters. We were pretty anxious, having read many bad reviews on the internet regarding the Cape Verdean star hotels, but it must be said that the Foya Branca Hotel has largely lived up to our expectations. Well, ok, a Club Med atmosphere reigned in the hotel with a lot of more or less interesting activities (archery, gymnastics, diving…). We keep in mind this beautiful scam that was snorkeling! We went at sea with a diving group to snorkel and it was a huge frustration to only see small colorful fishes around the surface while they had sighted sharks and manta rays in depth! It was clear that the hotel was out of the ground in a few months in the middle of nowhere but we must say that the service, the staff, the environment and the rooms were spotless. We were greeted by a small traditional dance and tasted grogue, a local drink. And once settled in our room, we looked at each other and we already had no desire to ever leave! It’s pretty amazing the serenity that emanates from the country and more than on holiday, we quickly felt at home in this new environment and it lasted for the entire stay.

On the first evening, one of the hotel’s entertainers, Louis, offered to accompany us to the Baia das Gatas Music Festival which was on its last day. This was our first glimpse at the Cape Verdean nightlife of and what a night! We took a taxi to Mindelo and a crowded aluguer led us to Baia das Gatas, the beach where the free festival was taking place. The beach was full of people, it was quite amazing! We drank grogue, tasted some local dishes, sympathized with some festival goers, discovered the music of Georginette, a very popular Cape Verdean singer and danced in the middle of a completely hysterical crowd at the arrival of Alpha Blondy on stage. The atmosphere was electric and very friendly and we regretted having left our cameras at the hotel, on Louis’ advice. We came home late, smiling and eager to explore a little more this beautiful country the next day. 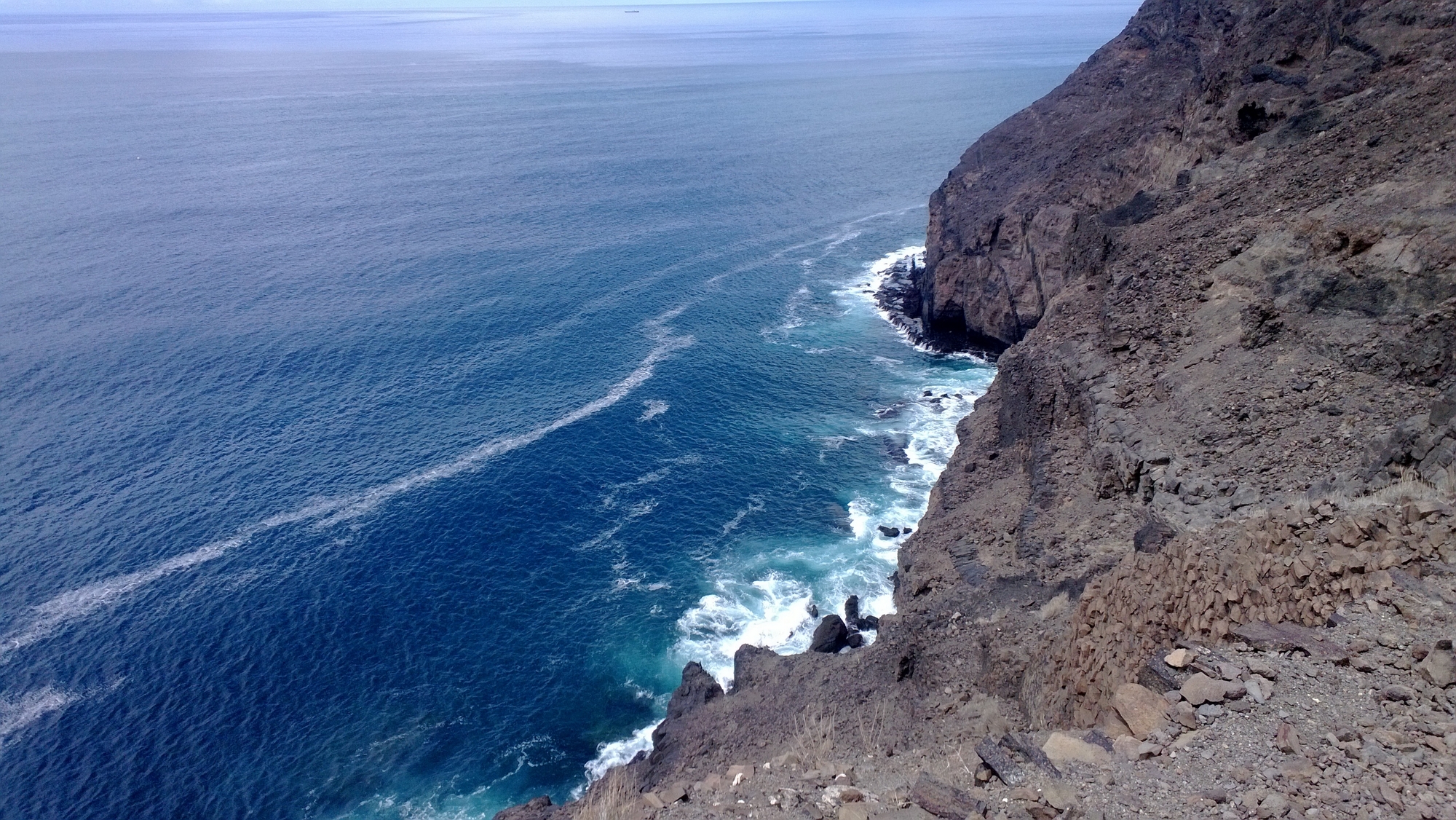 Quad between volcanoes and beaches

Porto Novo- Ponta do Sol: on the road to a little paradise

The aluguer is the most used common transport of cape verdeans. They are minibuses sometimes travelling important distances. It's very cheap and the people are friendly

The grogue and the punch are typical cape verdeans beverages. Made of rhum, it is possible to add honey as well as a peanuts, coconut or other!

The cachupa is a very filling meal made of white beans, pork, chicken, eggs, chorizo and other. Delicious!

Music festival renouned internationally, it gathers over 15000 persons in august every year on the beach of Baia das Gatas. It's free of charge! We got to see Alpha Blondy!