Located just 15 km (approx. 9 miles) from the pretty city of Carnac, it still took us a whole hour to reach the charming seaside resort of Arzon, on the other side of the Gulf of Morbihan, at the forefront of the Rhuys Peninsula. This new day promises to be much less sporty than the day before but the program is just as delicious: walking on a small part of the GR34 and going on a guided tour of the Château de Suscinio. Everything you need to spend a nice quiest day !

Getting to Arzon
[one_half]

Suspended moments on the GR34

Our day begins in Port Navalo. We had an appointment with the Passeur des Îles for a little boat trip that would get us at the beginning of our walk on a small part of the GR34. That morning, the atmosphere was very humid and the sky was beautifully gray almost white. It was frightfully photogenic and pretty unreal. A thick and soothing silence was reigning. It was quickly broken by the purring of the engine of a small turquoise blue boat that was emerging from the horizon. “Do you have sea legs?”. Not really. However, we confidently got onboard the charming retro boat for a nice crossing in the heart of the Gulf of Morbihan. Heading to the Northeast! Our short ride lasted a good half hour during which we were somewhat shaken by the rough sea of that day. Nevertheless, getting to inhale the sea air and contemplating the horizon was perfect. We admired with attention the landscape consisting of multitudes of boats, mostly immobile, and several small islands. The enchanted tales we had previously heard in Brocéliande then resurfaced. According to some beautiful legend, the Gulf water is actually made of the tears of fairies that were banned from the forest of Brocéliande and the islands come from the wreaths of flowers they had thrown away.

It was already time to come back down to Earth, literally. We came alongside Kerners, a cute little village. We then started our walk on the GR34 by taking the small coastal path that runs along the Anse de Kerners. It was a September weekday, the summer season was already a memory and the weather was not good. Obviously, the place ws very peaceful which was not displeasing us. Many boats were parked in the small bay, facing the deserted houses of their hypothetical owners and yet the feeling of being alone in the world was present. There was an intense, imperturbable silence disturbed by the only sound of our footsteps in the ground, the mud then the bitumen. We left the coast to discover Kerners a little more precisely. This village was originally populated by fishermen who lived in these charming little houses with blue shutters in tribute to the sea. Still today, it seems omnipresent in the life of the Breton people we met there, whether it’s for professional or personal reasons. And we totally understand why.

Immersion in the History of Brittany

Now heading East, towards the Castle of Suscinio in Sarzeau. Not being really fond of History, we usually don’t do castle visits during our travels. That’s why we were reluctant about going to visit this huge 13th century castle, despite the fact that it had been highly recommended by the Tourist Office. It’s good to go out of your comfort zone once in a while right? We left the car at the car park and walked towards the Castle of Suscinio. The  imposing and austere castle stands proudly in the middle of a field of approximately 5000 acres of forest and marsh. Once past the bright red front door, we found ourselves thrown several centuries back. We walked the halls of the castle for several hours accompanied by a fascinating guide who taught us a lot about the complicated and fascinating History of the Castle of Suscinio. The reluctance was quickly replaced by curiosity and a great interest for this incredible place!

Built at the end of the Middle Ages, it originally belonged to the Dukes of Brittany who used it as a second home. It was abandoned during the Revolution and then sold to a man who only saw it as a perfect source of materials to sale leaving the building in ruins. The Department of Morbihan finally acquired it in the 60s. Very important restoration works were then undertaken and archaeological excavations are regularly conducted in the Castle to understand a little better the lifestyle of the inhabitants at the time. We were surprised to learn that, contrary to popular belief, the issue of hygiene was already very important in the Middle Ages. People washed their visible parts (face, hands) daily and bathed at least once a week. Toothbrushes and soap already existed, and even ingenious 3-part tools for cleaning teeth, nose and ears were excaved. It’s pretty amazing to walk around these corridors full of History and imagine the lives of those who knew it before us. We almost felt some kind of presence as the castle gradually emptied. Which left us wandering if this constant hissing we were hearing the whole time was only the wind …

To learn a little more about the history of Arzon in a different way, you can also visit the Cairn du Petit Mont. We’ve already told you about cairns during our visit of Carnac. But it has the particularity of having served as a bunker to the Nazis during the World War II. A prehistoric grave more than 6000 years old coupled with remnants of World War II, rather unusual right?
[photosetgrid layout=”13″]

Restaurants and accomodation in Arzon

Well it appears that our trip to Brittany got us completely hooked on crêperies! After eating at a crêperie in Brocéliande and Carnac, it was impossible to miss the crêperie experience in Arzon. After our historic immersion at the Castle of Suscinio, we naturally had lunch at the Crêperie Les Croquants located only a few meters from it. Here again, we found this cozy and warm atmosphere so characteristic of creperies that we like so much. It instantly feels good, the prices are affordable and the galettes (salted crêpes) are original and delicious. It’s pretty crazy to see the inventiveness and creativity that can be shown from a dish as simple as a galette and the menu there proved it again! We let ourselves be tempted by a galette made with duck breast and roasted apples, a real delight! For dinner, we went for the Côté Mer Restaurant which serves a different but equally delicious cuisine. The standing is a little higher but remains quite “affordable” and what to say about this superb sea view: it’s a real pleasure to dine with your loved one in such conditions! As for accommodation, we stayed at the Crouesty hotel, a nice little hotel ideally located near the port of the same name. It’s a fairly basic but satisfactory 3-star hotel with all the standard amenities. 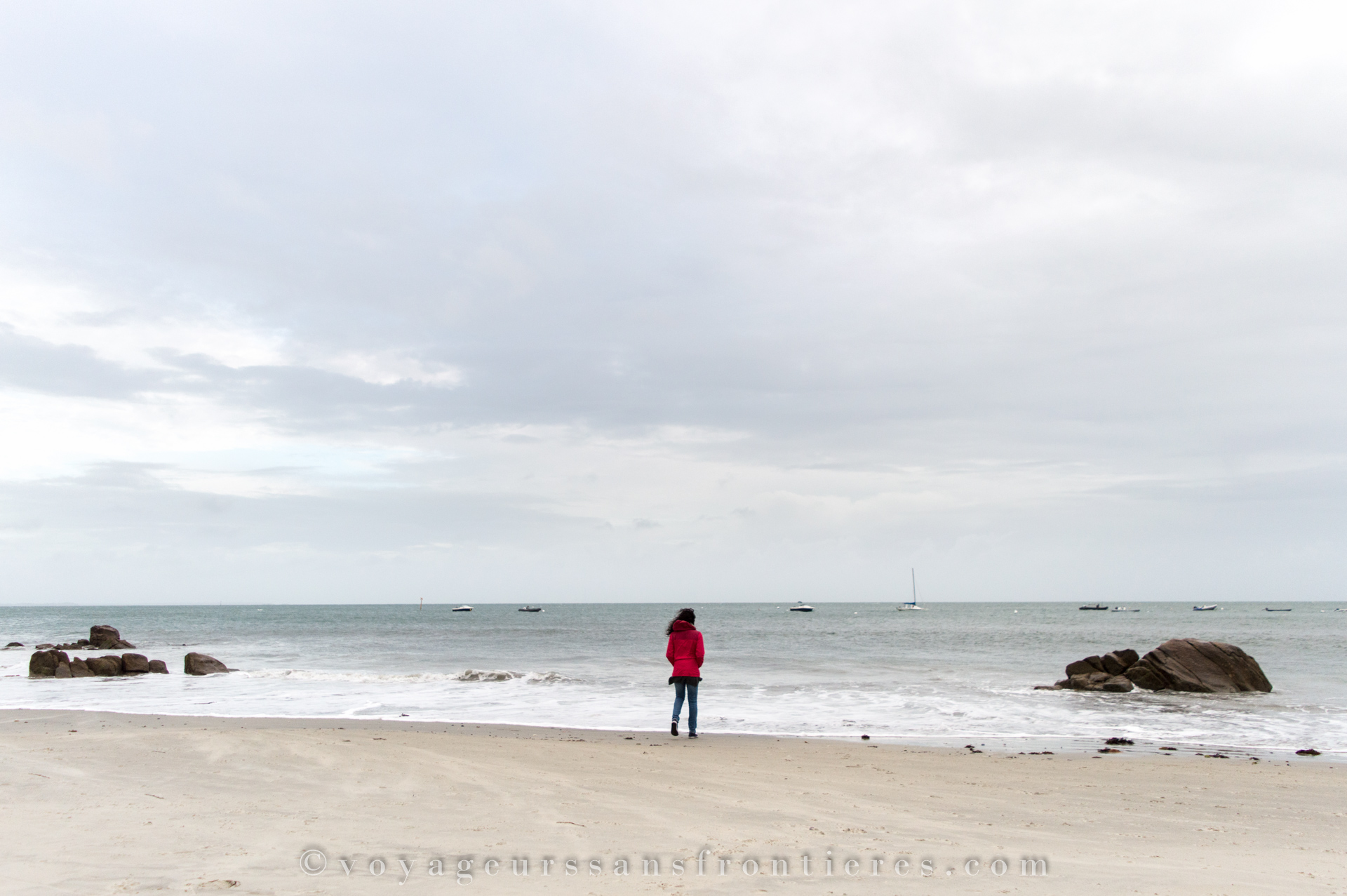