We keep on exploring Brittany. This time, we’re taking you a little further south, to the pretty seaside resorts that Brittany coast has to offer. Let’s start by telling you about this sporting day which allowed us to discover Carnac from a rather unusual and playful angle. On the program: an all-terrain segway tour and an introduction to catamaran, with gourmet addresses and a charming little hotel.

Getting to Carnac
[one_half] Skyscanner

First of all, do you know what a segway is? It’s a kind of electric scooter that uses intelligent balancing technology based on sensors and gyroscopes to counter the weight of the user allowing him to stand up. It may seem rather perilous and complicated at first, but it’s very intuitive and very easy to get familiar with it. You just have to lay your feet flat on the platform, put your hands on the handlebars and stand up straight. To go forward, just lean forward. To slow down or stop, just lean backward. The more you lean, the faster you go, pretty easy right? There are more and more segway tours going on in big cities and it’s pretty common to see groups of dozens of people with one of these multicolored helmets on. It’s a good way to go around for miles effortlessly and it also gives you access to some hidden spots. But did you know that it’s possible to wander in nature on an all-terrain segway? Well it’s definitely a totally different approach from what we’re used to seeing! And it was a very nice discovery thanks to a tour organized by Mobilboard.

We tested their Menhirs tour, on a beautiful sunny morning alongside Alexandre, an excellent guide. For about 2 hours, he made us discover the most beautiful spots of Carnac and its surroundings thanks to this pleasant ride in the countryside. Alexandre really has the gift of making the whole thing very playful and captivating thanks to his largely communicative good humor. The highlight of this tour was obviously getting to the famous megaliths of Carnac. Unfortunately it’s no longer possible to approach them in order to favor their preservation but the old mill on the spot offers a very beautiful point of view on the whole thing. Dating from the prehistoric era, these menhirs are still pretty mysterious. To this day, we still don’t know exactly what their meaning is. They’re aligned in ascending order towards the East and each alignment includes an anomaly under which was found a tumulus (heap of earth and stones built to mark the location of a burial). It’s then thought that each alignment could be dedicated to the person buried under the anomaly. Perhaps they were also honored during huge religious processions that ranged from the smallest to the largest menhirs. It’s quite fascinating to contemplate such an impressive thousads of years old formation built by Man.

Another highlight of the tour: the Tumulus Saint-Michel. It’s the highest point of Carnac which offers a panoramic view of the beautiful Quiberon Bay. Built around 5000 BC, the Tumulus Saint-Michel was first explored in the late 19th century. Numerous precious objects were discovered there as well as a complex gallery serving several stone chests indicating that this building was certainly reserved for a certain elite of the time.

The sports day continued at the Carnac Yacht Club where we had an appointment for a catamaran initiation. This was a great first for us, we really didn’t know what to expect. But the prospect of spending the afternoon at sea was a delight. Once equipped (and having put our suits the right way!), we met with Valentin, a smiling 30-something with graying temples. He was going to be our instructor for this activity, which began by putting the imposing catamaran on the water. We won’t lie : it was the beginning of September in Brittany and the water was freaking cold. Not more than 18°C (64°F) according to our freezing toes. No time to think, we had to move forward, sink into the salt water and finally board on the catamaran for what was going to be one of the best experiences of our lives. Valentin begian by explaining the names and functions of the various elements of the boat to us. How to speed up, slow down, change course. We quickly realized that we would act as sailors during this sea trip. It looked a little harder than expected but no less exciting. We gradually got familiar with everything and it was already time to gain speed and sail towards the horizon. Soon, the catamaran was leaning and we found ourselves sailing for long minutes with one hull in the air. This is the best time to go to the “trapeze” (sorry we don’t know the english translation for this). It consists of getting out of the boat to put your body completely over the water while keeping your legs stretched against the hull of the boat that’s in the air. All while being firmly attached, of course. Setting up can be quite tricky with the speed, the jolts and the wind but once installed, it’s a real pleasure to just let go and take advantage of the moment by being carried. It’s really amazing because it feels like flying over the water, at a crazy speed. Thrills guaranteed!

Restaurants and accomodation in Carnac

Spending 24 hours in Carnacis way too short to properly explore its restaurants but we have still found two good addresses, quite different from each other. To enjoy a good crêpe in a friendly and warm atmosphere, we strongly recommend you to go to La Poêle à Crêpes, avenue des Druides. The menu is well stocked and very varied, the crêpes (sugary) and galettes (salty) are really delicious and the service is excellent. You have to taste one of their crêpes with salted butter caramel: it’s homemade and is really to die for! Moreover, you can buy some on the spot to bring home a bit of Brittany. There’s also the 18è amendement which has the advantage of being right next to the Mobilboard premises. After a segway tour, it’s nice not having to look for a good place to eat. This one will fall on your lap! To be honest, the traditional cuisine didn’t leave us with lasting memories but it was still very good and very pleasant to have lunch on their sunny terrace! As for accomodation, we spent the night at the La Licorne hotel, a very charming family hotel with a cozy and modern decor that seduced us. Isn’t it better to spend the night in such a hotel rather than in one of these world famous and impersonal chain hotel? Furthermore, it’s only a few meters away from the beautiful beach of Carnac, perfect for an impromptu stroll at the end of the day!

We were invited by Sensation Bretagne to test theses activities and places. However, our opinion hasn’t ben subjected to any third party influence. 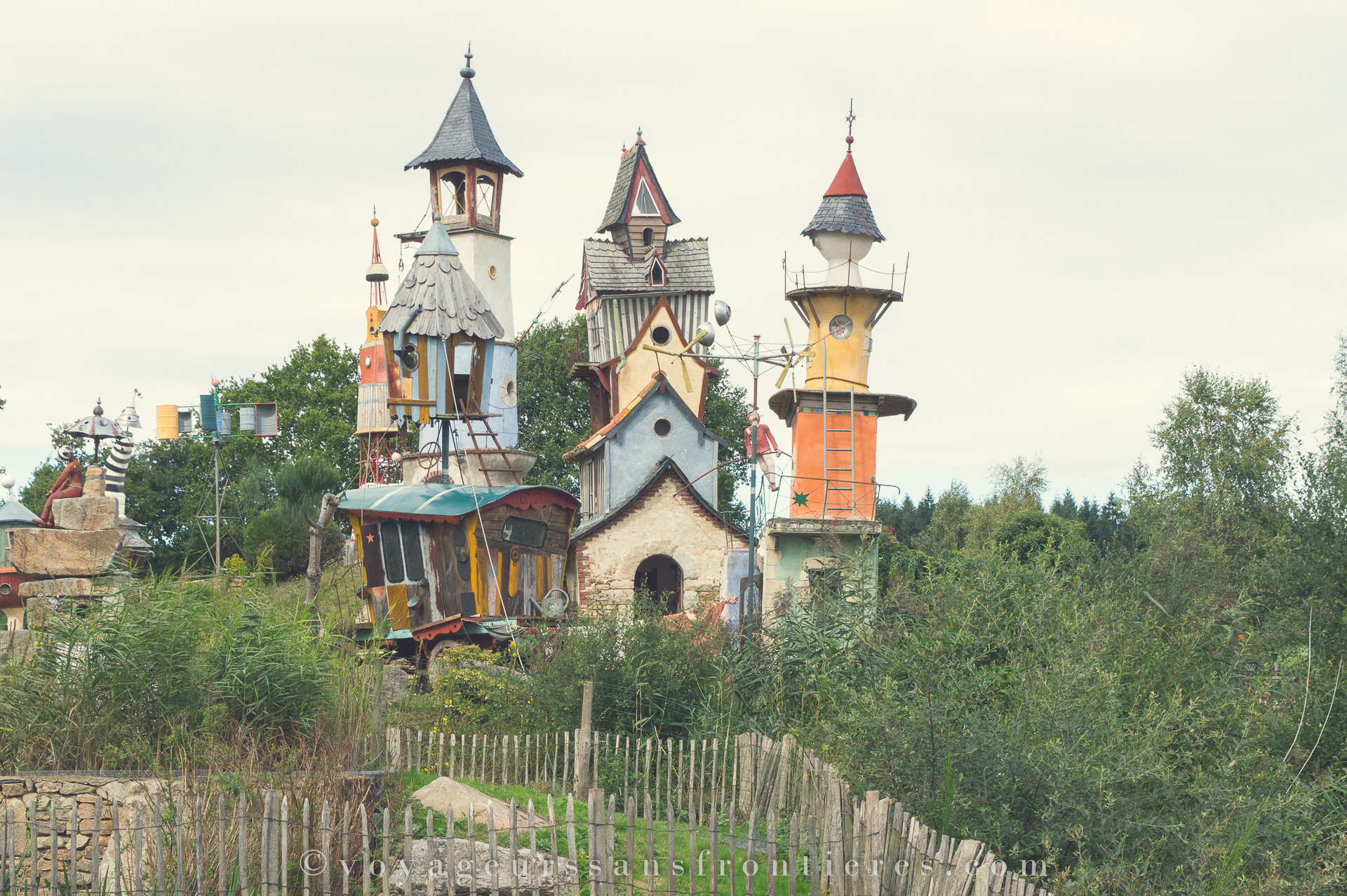 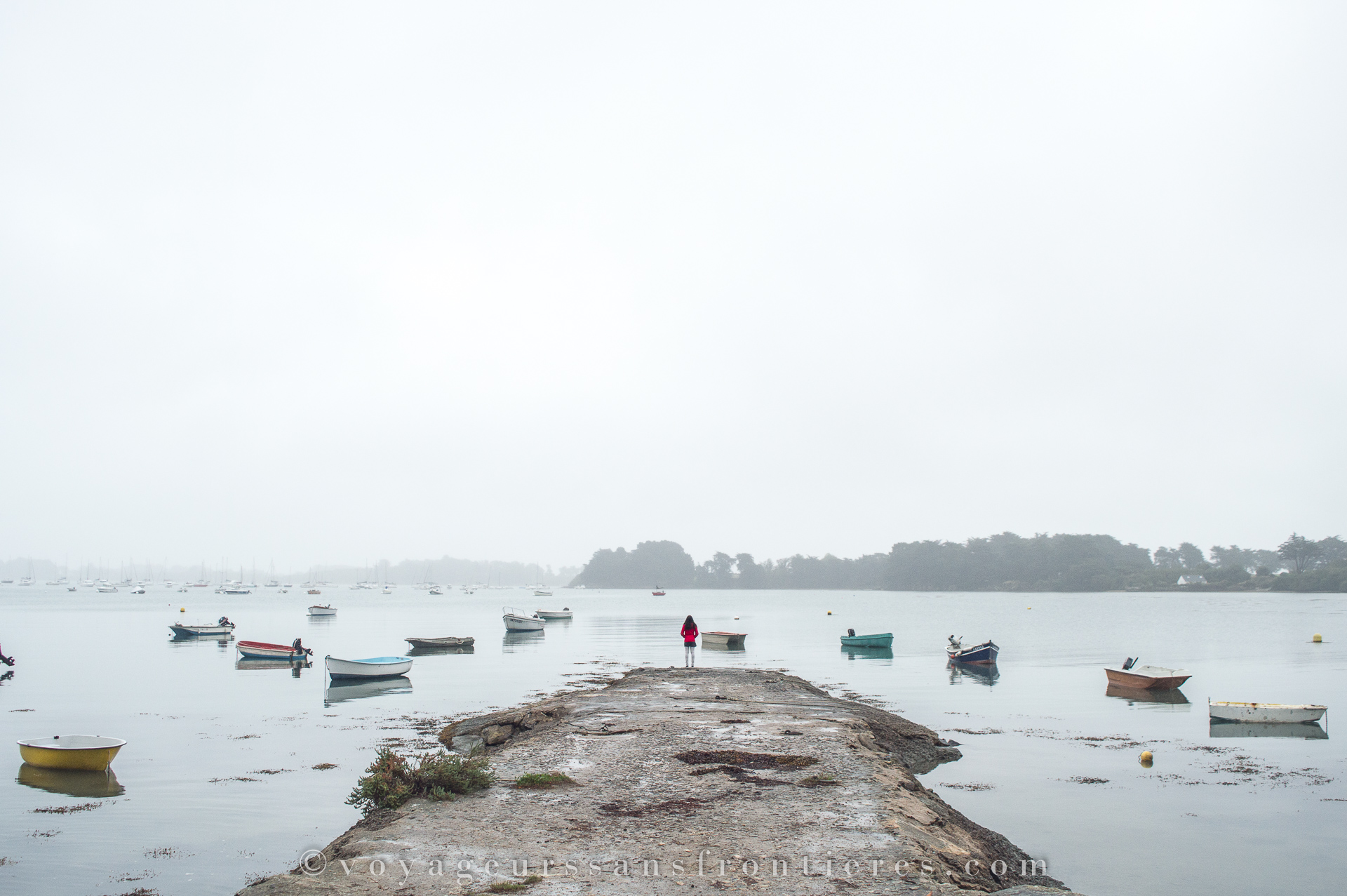