In this world, there are places and experiences that will move you, surprise you, delight you or intrigue you… and sometimes it will be all of it at once! And it is precisely a mix of all these emotions that we felt during the beautiful day we had in Sintra, near Lisbon. Since we were staying at the Destination Hostel (you can read our review here), we jumped on the occasion when we were invited to try out one of the many tours they provide. We had heard a lot about Sintra before our trip and had drooled for long on beuatiful photos found on the internet. So we didn’t hesitate for a moment when we realized that Sintra was one of the options!

A nice stroll in the heart of Sintra

The day started with a lovely walk in the Parque da Liberdade, the Sintra city park, which certainly didn’t lack charm despite a gloomy weather. The city benefits from a micro-climate which avoids it to suffer from too extreme temperatures making it an ideal place to grow plants, whether native or exotic. Thus, the Parque da Liberdade brings a very important variety of plants, each more exotic from each other, such as the Aucuba japonica from Japan or the Agapanthus praecox from South Africa. It’s a pretty impressive and most of all, incredibly romantic place with wooden benches scattered throughout this park with a shimmering vegetation even during February, we loved it! The tour quietly continued to the Mourisca Fonte, a beautiful richly decorated fountain dating back from the Moorish time. It is one of the many sources of drinkable water you come across in Sintra, its water is besides pretty refreshing, but it’s mainly for its particular architecture that Flecha, our guide for the day made us stop there. The area that defines the fountain is shaped like a half moon making it a perfect sounding board. If you put yourself at the right place (at about the center of the enclosure, facing the fountain) your words will perfectly resonate in your ears so that you will feel like talking into a microphone, it’s a really special feeling and a little playful and funny thing like amazed us just like children!

Our tour continued and we were constantly amazed by almost everything around us. You should know that Sintra was a very popular place among the high-class people of the 15th and 16th century who were appealed by the mild temperatures and the fact that it is much quieter than crazy Lisbon. Each of them stretched their imagination to build a bigger more beautiful palace than their neighbor in order to spread their wealth and power. So sometimes you’ll be facing some quite unusual buildings such as a beacon in the heart of a town located at dozens of kilometers from the sea! Totally useless but so classy! Thus, it’s also a great place to see many azulejos (colorful tiles) which are considered to be exterior signs of wealth. Today many of these lavish mansions are no longer inhabited and are often surrounded by abundant vegetation which gives the place a nice fairy tale atmosphere, it’s really something! We weren’t at all surprised to learn that Sintra is part of the UNESCO World Heritage since 1995 in a category created especially for it, natural landscape.

After exploring the pretty little streets of the heart of Sintra, we stopped by Cantinho Gourmet, on Rua Padarias, for a tasting! Firstly, we tasted different varieties of port wine after many explanations we had a little trouble understanding due to the accent of our host. In any case, the port wine was so delicious and the tasting ended in beauty when we tasted the ginjinha, a delicious typical Portuguese cherry liquor that we enjoyed in a small shot of white or milk chocolate. First, you have to drink a bit of liquor and then crunch the shot in your mouth so that the flavors are properly mixed, a pure delight! The tasting was then followed by delicious local products (cream cheese, jams, sausages, hams …) we loved to taste ! Well, it seems that we were too busy eating to take notes (or so we’ve lost them!) but it was really a great time of sharing and discovering the Portuguese culture!

And with a belly full of delicious food, we left to go back to exploring the wonderful Sintra, eager for discoveries and encouraged by the sun that had made a comeback. Flecha gave us two hours of free time to visit one of the three main attractions of the city and we were happy to enjoy a little freedom. The magnificent Pena Palace and the majestic Moorish Castle, although very interesting on paper, were soon overshadowed by the Quinta da Regaleira from the moment Flecha told us a little about it. Of the three, it’s his favorite and it is mainly a place full of mystery which was built by a rich freemason in the 19th century. Being fascinated and passionated about Freemasonry (we had visited one of the cradles of freemasonry in London!), we were very much excitated and curious about visiting the Quinta da Regaleira !

The Quinta da Regaleira is actually a huge property where a majestic palace was built  (which you can see above) surrounded by a huge garden of about 4 hectares (about 10 acres) where there’s a mix of statues and secret corners. The place is full of many symbolisms associated with alchemy, Freemasonry or the Templars and we really would have loved to have a little more time to fully explore, discover and feel it. Two hours is very short given the vastness of the place and you will have to rely mostly on a good sense of direction, the map provided at the entrance is not always very clear. Of all the spots to visit, the Tower Regaleira (located around the middle of the property) is a place not to be missed to enjoy a panoramic view of Sintra. We also loved the Lake of the Waterfall (slightly north) which is a pretty magical place where it feels like being in the middle of an exotic and distant forest. But our preference goes without hesitation to the Initiatic Well, located in the north of the Quinta da Regaleira. To get there, we advise you to take the underground tunnels which entrance is located right behind the Lake of the Waterfall. You’ll find yourself in the middle of a network of tunnels dug into the stone where reigns an atmosphere both mystical and troubling softened by the presence of light garlands. It is a cool and humid place and it’s pretty exciting to walk in there without really knowing where you’re heading, sometimes in total darkness. After some minutes, you’ll arrive in the hollow of the Initiatic Well which is actually a “subterranean tower” that sinks some 27 meters into the earth. It seems that it is where Masonic ceremonies are regularly being held during which the initiated person is symbolically led from darkness to light through several stages. This huge column symbolizes a direct path to the light and perhaps even Paradise and to fully appreciate its splendor, we suggest you simply look up. It’s quite impressive to be at the heart of this huge chasm of mystical origins that has been the scene of many traditional ceremonies. This definitely did not leave us indifferent, as well as visiting the park in general. Flecha told us with humor that one of the challenges between local youngsters is to break into the Quinta da Regaleira at night and the adrenaline of commiting something prohibited coupled with the special atmosphere of the place is something quite incredible he told us!

What to see nearby Sintra?

It was already time to leave the beautiful Sintra we promised ourselves to revisit one day. We only touched upon it this time and it already delighted us, we’ll definitely have to go further next time! However, it wasn’t yet quite time to go back to Lisbon. Indeed, we still had 2 stops before going back to the Portuguese capital and this time we got closer to the ocean! After driving for a few minutes, we arrived to Cabo da Roca, the westernmost point of continental Europe (so, excluding the islands!). This huge and beautiful cliff offers breathtaking views of the Atlantic Ocean that we usually have little opportunity to see. Well, let’s be honest, we were far from the only ones there. The place is simply stormed by packs of tourists who arrive by buses, you’re gonna have to deal with it… and learn to zigzag between the many selfie sticks! Still, the place certainly does not lack charm and we were charmed by this amazing landscape which turns out to be radically different from what we imagine for Portugal. The lush cliffs falling into a raging and infinite ocean rather evoked Ireland or Scotland to us… at least according to the pictures we have seen on the internet! It must be absolutely amazing to go there at sunset! A few kilometers south from Caco da Roca, there is also the lovely Cascais, the Portuguese Saint Tropez. Quiet and close to water, it is a small seaside paradise where many rich people own a second home. We didn’t really spend a lot of time there but it may be worth the detour, especially since there are also pretty surfing spots in the area !

We were guests during this Lisbon Destination Tour, but all opinions expressed here are our own and we haven’t in any case been subject to the influence of a third party. A big thank you to Juliann who helped us set up this day and to Flecha who made it super fun! 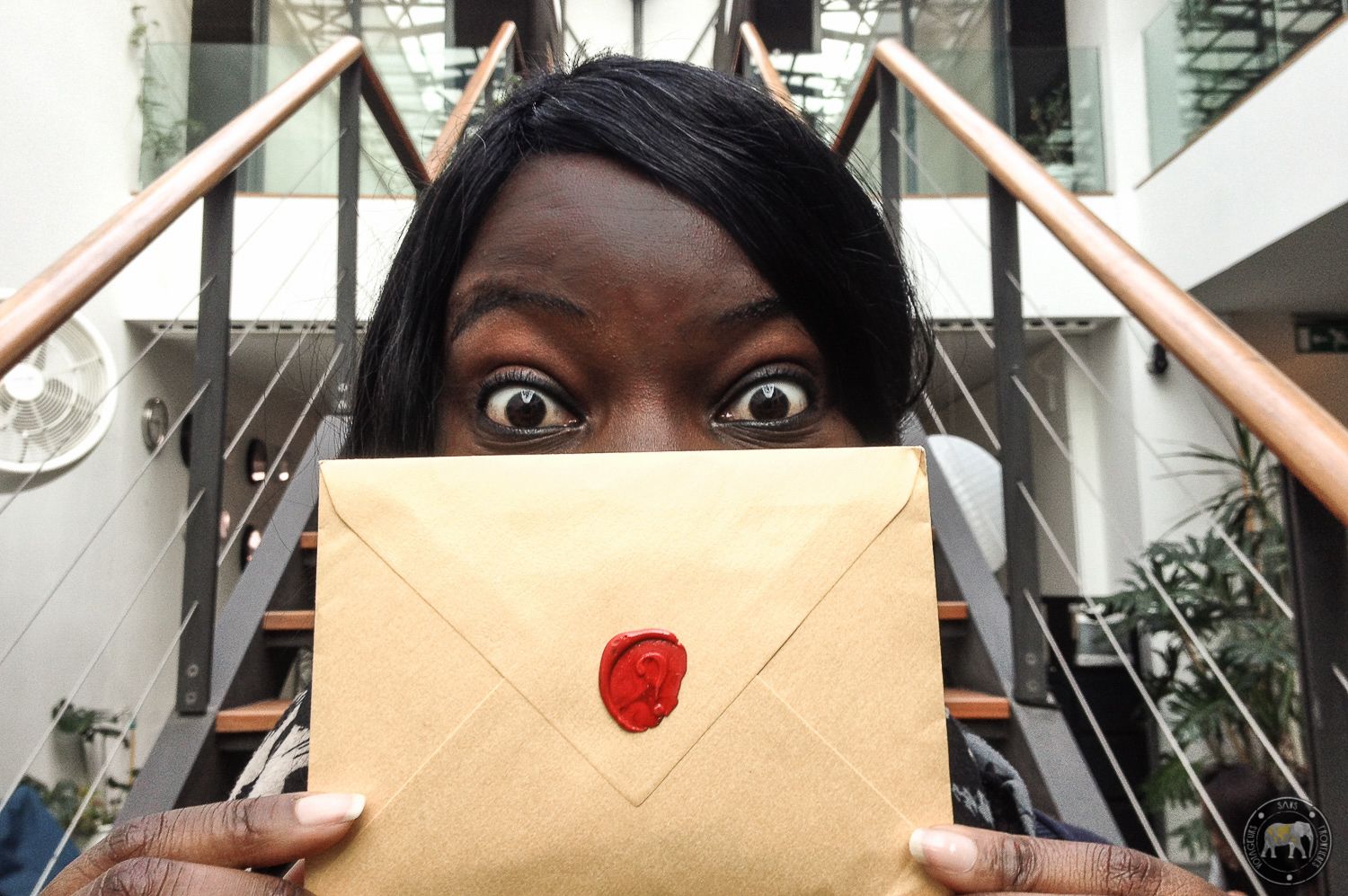 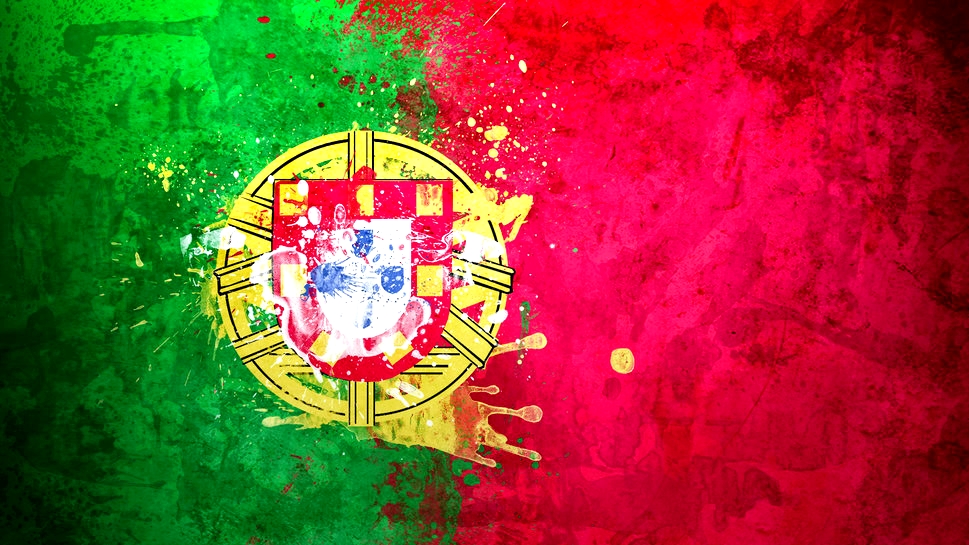