So, you’re planning to visit the Alhambra? No wonder, it is one of the most famous tourist attractions of Spain, it’s known worldwide and it clearly didn’t steal his popularity! We had the chance to spend our 2016 Valentine’s Day there (which is also Nath’s birthday!) and we had a great time despite the rain! We were truly blown away by the place where we literally spent hours wandering through the aisles of this great, beautiful and fascinating place. There’s nothing like an Alhambra handy guide to share all of our most useful information with you right? Let’s do this!

How to get tickets to the Alhambra?

Obviously, the first thing to do when you’ve decided to visit the Alhambra is to get tickets. The first option that comes to mind is to buy tickets online, it’s the easiest and quickest way to do. Once you have decided when you’ll visit, you’ll just have to go to one of these websites to get your precious choosing the date and time slot that suits you. The self visit of the Alhambra will cost you 14 € ($15) but you can also book a guided tour for about 40€ ($42) right here!

If you can’t find available tickets online, do not panic! It also happened to us and we almost fainted when we realized that we might not be able to visit the Alhambra during our stop to Granada. But since we’re a bit stubborn, we looked for a solution and it turns out that there are actually two different quotas for the Alhambra tickets: those that are sold online and those that are sold at the Alhambra counters. Thus, if there are no more online tickets available, you’ll just have to go to the counters on the day you’d like to visit the Alhambra.  But then, you’ll have to set your alarm clock pretty early! The first tours begin at 8:30 am, the counters open at 8am so we advise you to be there around 7:15 – 7:30 am. This may sound really early but we managed to be first in line and easily got our tickets and got to choose our time slot. Be careful, you’ll have to pay in cash, credit cards aren’t accepted.

Finally, you have to know that there are several types of tickets with different prices. There are general daytime tickets, gardens-Alcazaba–Generalife package tickets and Generalife or Nasrid Palaces night visits. The time slot on your ticket will indicate the time you’ll have to get to the Nasrid Palaces. They are the most popular buildings of the Alhambra and are quite far from the main entrance. We advise you to start your visit of the Alhambra about an hour before this time so you’ll get to the palaces with your mind at peace.

How to get to the Alhambra?

Our visit to the Alhambra was part of our 4-day roadtrip in Andalucia that led us to Seville, Granada and Cordoba. So we rented a car for the occasion and, after a lot of internet research, we chose to rent it with Budget. It was the most economical solution we found: 3-day rental for 150€ ($165) with unlimited mileage. However, you’ll have to be super sure of yourself when booking the car in order to avoid paying additional fees. We had agreed that Seb would be driving but he got sick and wasn’t able to drive by the time we had to pick up the car. We couldn’t reach them on the phone in order to change the driver’s name so we had to pay extra fees. Oh, and another cute little surprise : we paid extra for the insurance that would cover the deductible in case of accident or damage to the car. Don’t forget to check out if this type of insurance isn’t included with your debit card insurance, it may prevent you from paying twice for the same service!

Getting to Granada
Skyscanner | Find your cheap flight ici
Eurolines |

Where to spend the night nearby the Alhambra?

To spending the night nearby the Alhambra and be able to be among the firsts on site to get ticets, we strongly suggest that you spend the night at the Gary and Caroline’s b’n’b that we’ve found on Airbnb. We only spent one night there but it was definitely one of our best encounters  during this roadtrip in Spain. This British couple of pensioners has been living in the charming village of Pinos Genil for over ten years and enjoys the pleasant and exceptionnal lifestyle the region has to offer. They are lovely, welcoming, helpful and it was a pleasure to spend the evening with them laughing and getting to know each other while sipping some delicious local wine! They have two rooms available to rent. We slept in the double room which was quite neat, clean and totally as described on Airbnb. Gary and Caroline gave us pretty good advices regarding what to see and do in the village (ask them about the forbidden walk!). And finally, their breakfast is absolutely gargantuan and delicious! A real good place which is tested and warmly approuved!

[one_half] To get cheap accomodation nearby the Alhambra on Airbnb you can search by clicking on the image below:

[/one_half][one_half_last] If you’d rather book a hotel nearby the Alhambra, you can have a Booking search right below:

What to see at the Alhambra?

You have to know that despite what you might think, the Alhambra isn’t just one building. There are actually several palaces built side by side. The most famous buildings in the Alhambra are certainly the Nasrid Palaces. They’re the most beautiful, imposing and therefore the most visited buildings, obviously. Moreover, the Nasrid Palaces are the only buildings to which you’ll have a visit time. Since the Nasrid Palaces are quite far from the main entrance, it’ll take you approximately 15-20 minutes to get to it by foot from the main entrance. Our advice to avoid stressing out while going there is to start your Alhambra visit by the Nasrid Palaces. This way, you’ll then be able to quietly enjoy visiting each and every corner of the Alhambra without stressing out and keeping an eye stuck on your watch. Finally, being the most popular place of the Alhambra, the Nasrid Palaces are literally packed with tourists and it can be frustrating sometimes, if not annoying, to have to slalom and navigate between all these people. If you want to take pictures without having too many strangers on them, it will take a lot of patience! Our little trick was to wait patiently until the groups were getting ahead of us. The tours take place at very specific times and therefore the idea is to visit a spot of the Palace between visits (approximately 10-15 minutes between two) and you will have the privilege to (almost) feel isolated!

Right next to the Nasrid Palaces is the Alcazaba, which is one of the oldest buildings of the Alhambra. It wasn’t our favorite building of the entire visit but it has the merit of offering a breathtaking view over Granada from one of his many rampart walk. A little further away is the Palace of Charles V which is among the must-see places of the Alhambra according to the map they give at the entrance. In our opinion, it wasn’t really amazing but it must be said that we were far from imagining a building with Roman-inspired architecture in the Alhambra! And after happily losing ourselves wandering around the dozens of aisles of the Alhambra each more tree-filled than the other, we kept one final gem for the end of our visit. We ended our visit with the sublime Generalife. There, you’ll get reunited with all the opulence and refinement of the beautiful Arab architecture, just like in the Nasrid Palaces. You’ll get to it by going through a beautiful carefully maintained garden where water and greenery appear to be in perfect harmony. It’s also in this part of the Alhambra that are located the magnificent stairs surrounded by the beautiful and delicate water cascades. A real treat to discover without moderation! 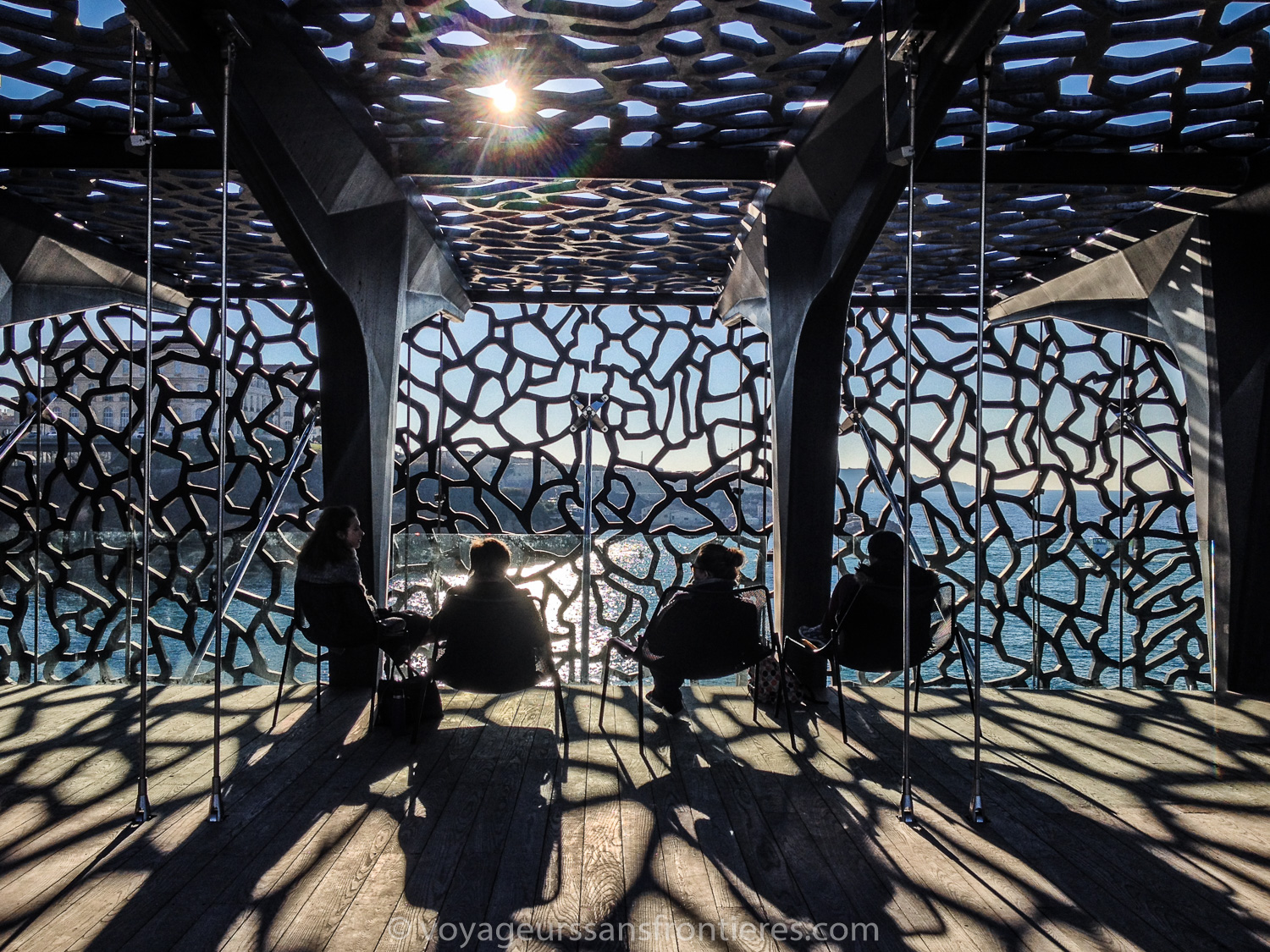 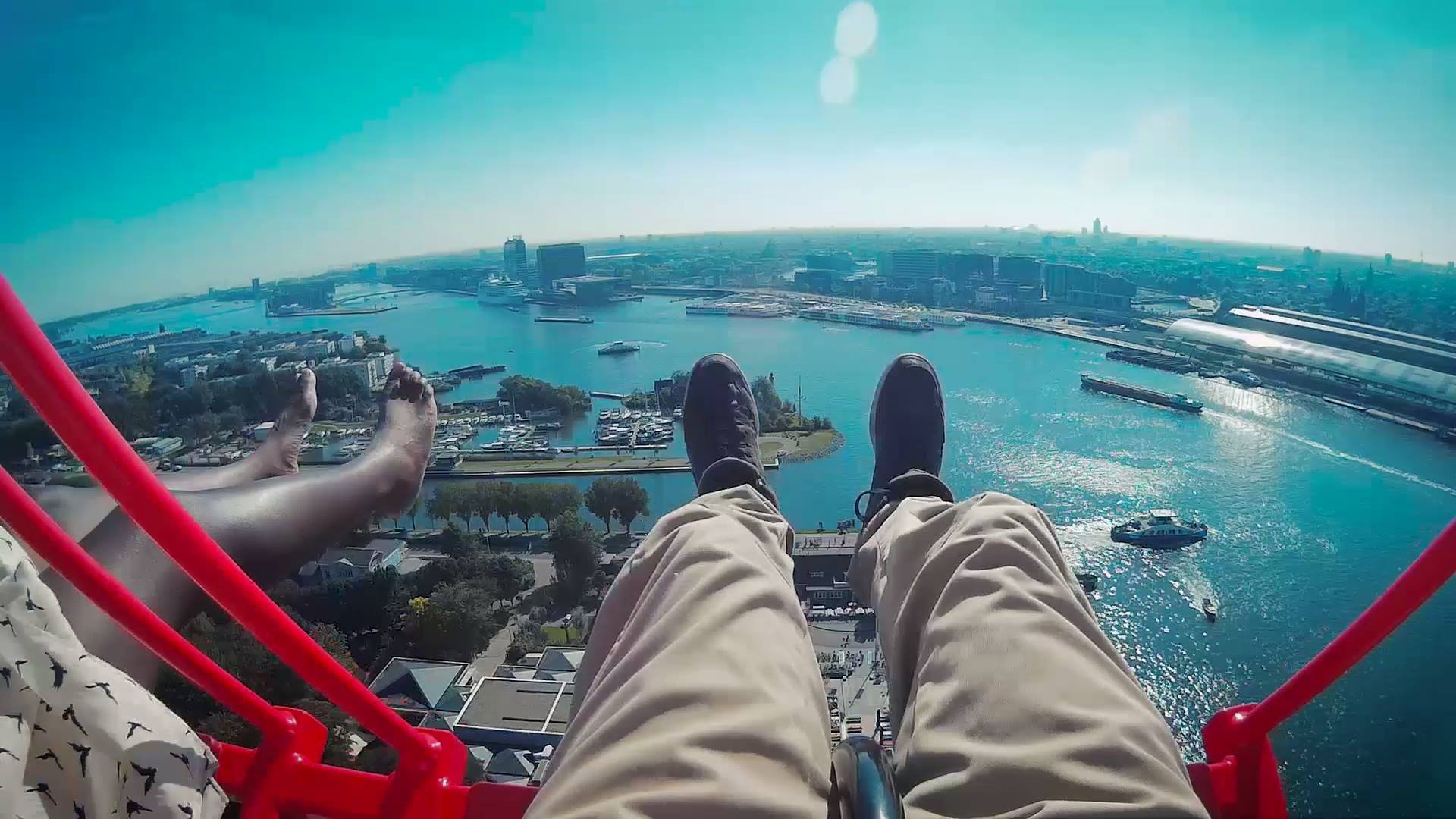