Grenoble and walk in Chartreuse : our suggestions

After spending a beautiful sunny day in Lyon, we went to the Grenoble area, to Voiron more precisely, where we spent a few days with our family. It was the perfect opportunity to discover Grenoble and the Chartreuse region that Nath did not know at all (Seb grew up in Grenoble) and especially to try out some activities in the area. If you are a thrillseeker or you like to discover the French heritage, our suggestions should please you with the address of a great place to spend the night as a bonus!

Thrills at the Acrobastille in Grenoble

This getaway to Grenoble was also a good excuse to organize a small reunion with our blogger friends we had met in Corsica at the Travel Bloggers Convention a few months earlier. After a long hesitation, we finally opted for an afternoon tree climbing, an activity that few of us had already tested but which seriously piqued our curiosity! Thus we found ourselves on a beautiful summer afternoon, accompanied by Sarah, Laurianne and Nath’s sister, ready to face the Acrobastille! Simply put, tree climbing is a sport that is generally practiced outdoors and consists of following an obstacle course while being several meters high. In our case, the activity was at the Bastille, an impressive military construction, formerly a war fort, that overlooks Grenoble. It is the ideal place to enjoy a beautiful panoramic view over Grenoble!

Accessible by cable car, it is also possible to go up there by foot which is already a nice walk in itself as Laurianne says on her blog here. We, lazy people, went up by cable car directly! And once there, you will quickly end up dressed with all the necessary gear to ensure your safety. After some explanations and recommendations, it was time to start the course and the least we can say is that the sensations were definitely there! The best part of this activity is the fact that, although being constantly well attached, you quickly feel free to your every movement which is a good source of adrenaline when it’s time to venture on a zip-line or a monkey bridge. We didn’t really put on airs and graces when we had to cross a monkey bridge which was made of only two taut strings (one for the feet and one for the hands) at about 20 meters (21 yards) from the ground! It took us a lot of concentration to go through it while carefully avoid to look down at the risk of being paralyzed at the thought of ending up in the bushes under our feet! It is good to know that it is possible at any time to turn back or turn off to a less difficult course and, especially, that the monitors are very present, it was very reassuring! This really is an excellent activity that we recommend to you without a doubt if you have a daredevil spirit, definitely worth it!

Voiron, cradle of the Chartreuse

After experiencing thrills in the air, it can be nice to relax by practicing calmer activities. For this, nothing better than discovering Voiron, charming little town of 20,000 inhabitants located near the Regional Natural Park of Chartreuse. We spent the equivalent of a full day there and we really liked it. Its city center is full of small shops and can largely be explored on foot although we didn’t really had the time to do it. We were very surprised when we saw the majestic Saint-Bruno church in the center of Voiron. It is so impressive that you could almost believe it is a cathedral! It’s quite unusual to find a religious building so high in such a small town!

It is also in Voiron that the Chartreuse Museum is located. It is a unique alcoholic 17th century drink made from plants of which the complex and secret recipe was developed by the Carthusian monks settled in Saint-Pierre-de-Chartreuse. The history around this therapeutic beverage is complex and interesting and we really enjoyed taking the free guided tour offered by the cellars of Voiron. Many varieties of chartreuse exist today. The green one is made from 130 different plants and honey (50% alcohol by volume), the yellow one is sweeter and less strong (40% alcohol by volume) and the elixir is a perfect blend of the yellow and the green ones. We had to opportunity to taste the three varieties at the end of the visit and our preference definitely goes to the elixir, the green one has a very pronounced odor of plants! Because of the large amount of alcohol vapor in the air, we were not allowed to take pictures of the caves but we can tell you that the place is really beautiful! To push a little further, we also went to the monastery of the Grande Chartreuse which you can’t actually visit unfortunately. It is a good opportunity for a nice stroll in the Chartreuse region because it is surrounded by nature.

Somnidsphère, a bubble of serenity

During the preparation of our trip, we wanted to test an odd type of accommodation, and very soon, sleeping in a bubble became our number 1 fantasy. We didn’t really know anyone who had tried it but very much ooking forward to the idea of sleeping in the countryside with stunning views of the stars! So we got in touch with Sandie and Benjamin, the owners of Somnidsphère. Being nature lovers and eager to make beautiful encounters, they decided to install a huge transparent bubble at the end of their yard in the small village of Saint Geoire en Valdaine. And let us tell you that it is an absolutely magical place! After a fighting a little with our GPS on the small country roads, we finally arrived at our destination, right on time for the sunset, and were warmly greeted by our hosts. We took the time to get to know each other, visit the premises and we were already excited about this amazing night we were in for. Apart from the well-equipped bubble, a room of their home was available to us, to store our stuff, which is associated with a private bathroom, perfect for you to feel at home.

We had just enough time to enjoy the last rays of the sun and it already was time for dinner and we were pretty spoiled. Sandie and Benjamin were kind enough to offer us an apéritif that included a nuts wine that they left us to taste in peace, it was a first for us which proved to be very successful. The wine was delicious! We then ate a simple but delicious and copious meal which featured charcuterie, salad, salted quiche, cheese and dessert. Enough to fill our stomachs and end up with a nice little evening putting the world to rights in the candlelight. A real perfectly magical moment where we felt as we were alone in the world, which is valuable enough nowadays to be stressed! Then came the time to go to bed to finish the day in the most beautiful way. We were afraid to be hot while sleeping in this transparent plastic bubble, but we finally were quite happy to have good warm quilts. You should know that the house is located at a little altitude and therefore temperatures drop quickly after sunset. And then once slipped under the quilt on our comfortable air mattresses (a big 2 seats and a small one place) and the light off, the show began. Tens of thousands of stars were showing off and seemed so close that we felt like we were outside with them. The isolation of the place offers perfect conditions for observing the stars and left us dreamy, it must be absolutely marvelous in period of shooting stars! An experience in itself! The next day, a delicious breakfast was served to us and it was unfortunately time to leave soon, on the road to new adventures and filled with new beautiful memories. 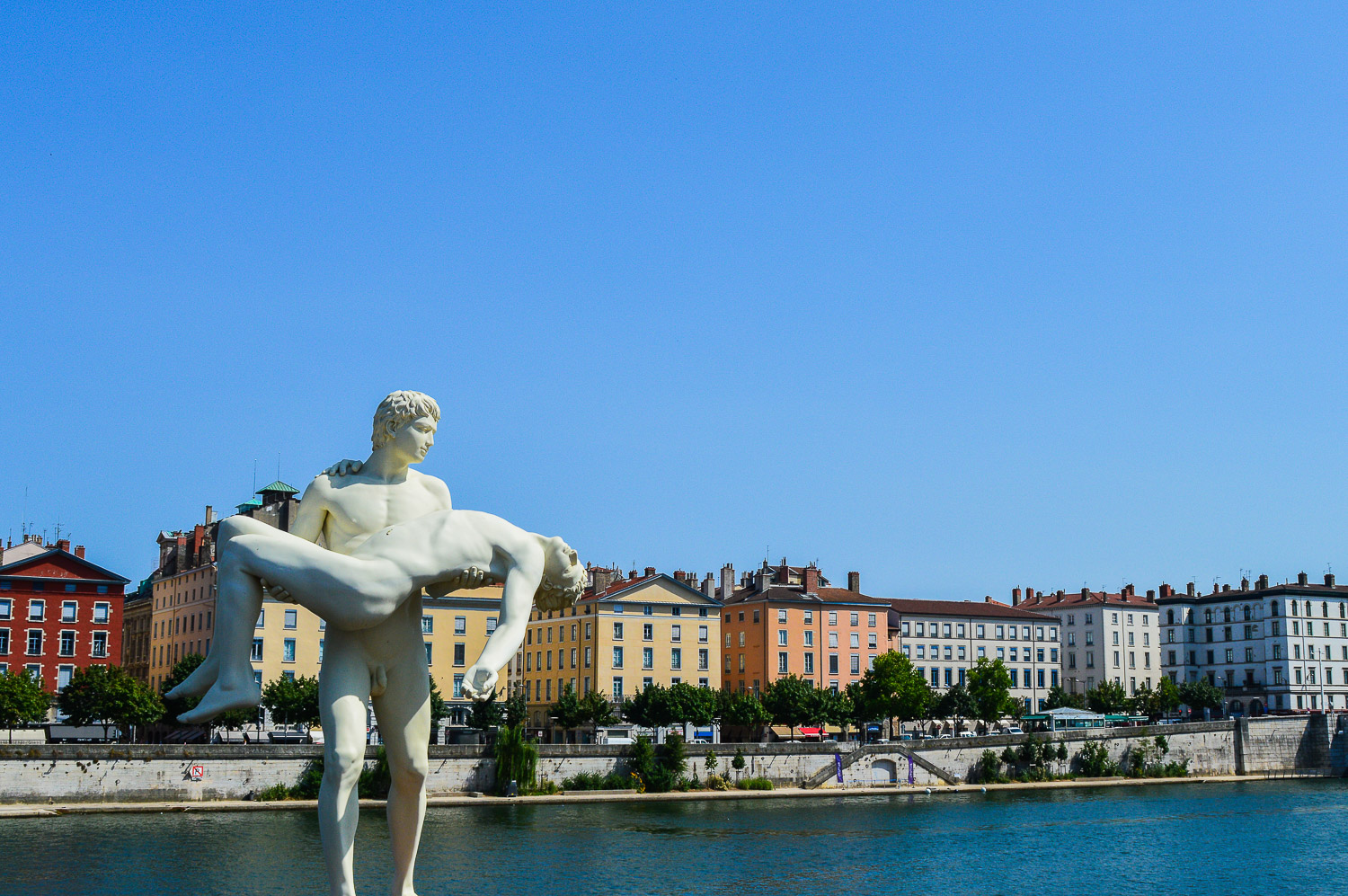 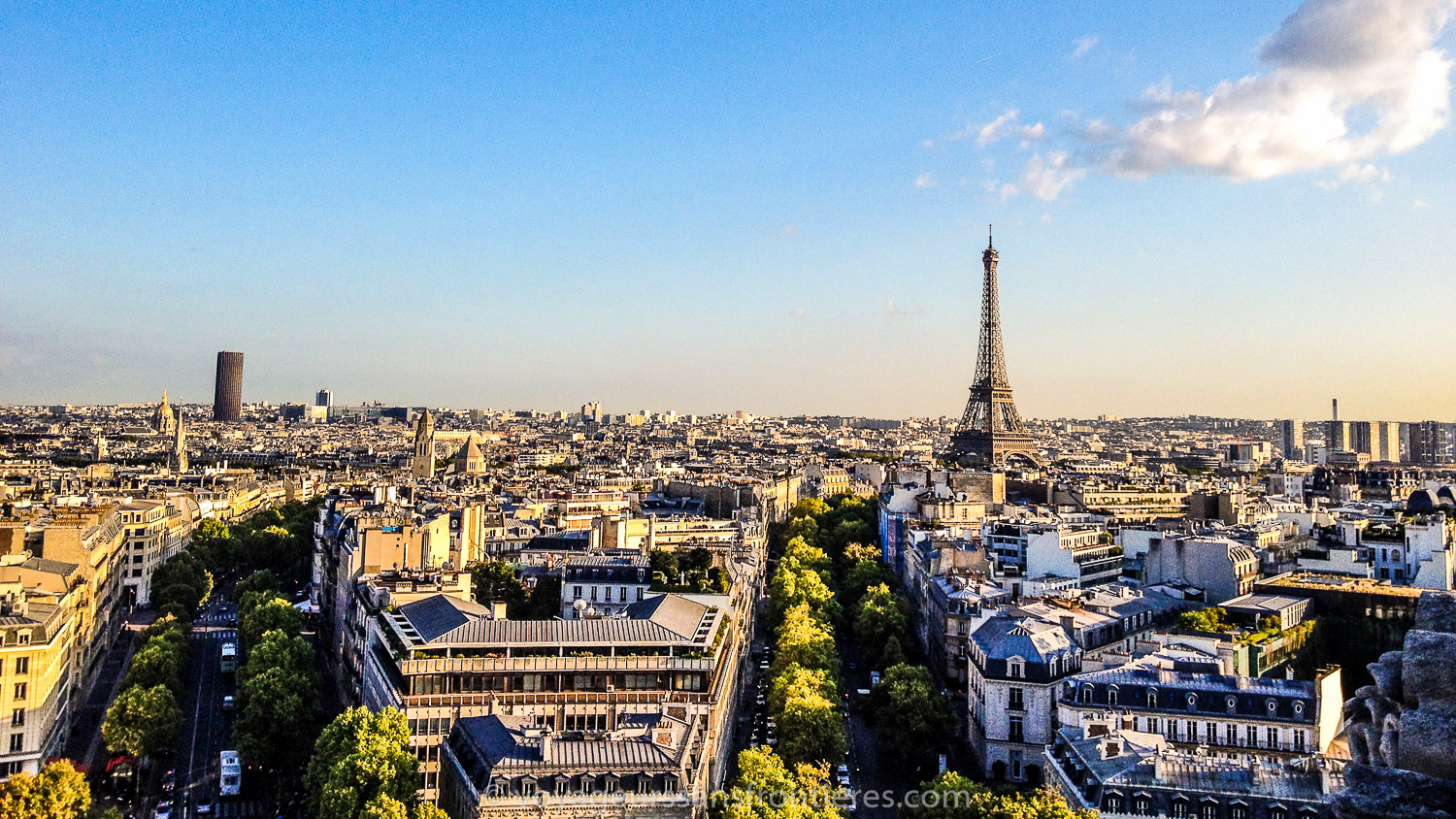