Going back in time in Bastia

Before closing our corsican chapter with our traditional handy guide, we want to tell you a bit about corsican History, customs and culture. Because sometimes, a trip isn’t just about beautiful landscape. It can also be about encountering new and interesting people and discovering a new culture. While taking a fascinating tour of Bastia with our amazing guide Sylvie, we were able to come a little closer to the corsican heritage here and there. Often surprising, most of the time far away from the usual clichés, follow us through the ages and the streets of Bastia.

First things first, let’s start with one of the most iconic man of Corsica : Pascal Paoli. After leading the insurrection against the Corsican Republic of Genoa, he modernized Corsica, granted women with the voting right in the new 1755 Corsican constitution and prohibited vendettas. Yes you read correctly, the Corsican women had the right to vote in 1755, 200 years before France! What can be more progressive than that? It is thanks to such actions that many philosophers and writers of the Enlightenment Era, including Voltaire, described Corsica as the first democratic state in Europe, no less! As you might already know, Napoleon was also one of the most famous Corsican man. Among other revolutionnary things that are still in place in the actual French Republic, he wrote the French Civil Code which makes the Corsican very proud! A statue of him represented as a Greek god still sits proudly on the Place Saint-Nicolas in Bastia.

So we’re on this beautiful square, overlooking the sea, a true epicenter of Bastian life. The playing children laughter mingles with nostalgic stories of the elders. Young men with sparkling eyes settle on the terrace of cafés and between two maganes, they select the most beautiful Bastian girl of the day. So you see, the Place Saint-Nicolas, which happens to be one of the largest in France, is a must in the city in the purest Mediterranean tradition. But it’s also a place of History. It owes its name to an ancient chapel dedicated to Saint Nicolas. It no longer exists, and during the construction of the Pantozzi building that replaced it, the workers had serious doubts. Indeed they had teared down a holy place and old graves and thought that misfortune would befall them. Unfortunately in February 1884 the building under construction collapsed on the workers causing 80 deaths. Thus for 40 years, no work were done in construction on that day of February, because the date was considered to be cursed.

You have to understand that Corsica has also a bruised culture, combative in pain. In addition to the statue of Napoleon as a Greek god, you can also find on this square a statue of a mother and her son. A poignant symbol of corsican Sacrifice and Determination during the 18th century wars. It represents a mother looking at the horizon, holding her youngest son in one hand and offering him to the motherland of another. This symbol was taken over recently to commemorate the heavy losses experienced by the island during the two great wars. While Corsica was the first French department liberated during the World War II, it was also devastated, causing a demographic breakdown. To give you an idea, although already not very dense, there were half as much people on the island in the 50s than today.

Voices of the Corsican soul

After this short History lesson, it was time to leave the Place Saint Nicolas towards the Oratoire Sainte Croix (Holy Cross oratory) for a surprise… We passed the Bastia harbour, taking a quick detour by the beautiful Eglise Saint Jean-Baptiste (Church of St. John -Baptiste).

Then, from small streets to small streets, we got to the Sainte-Croix Oratory. Being the only Roccoco chapel in France, it’s where the most beautiful Corsican voices come to resonate. We were first amazed by the place. Wherever our eyes arose, we discovered new architectural wonders, between moldings, gilded and delicately carved arches. The building literally plays with the natural sunlight, revealing here and there as a divine aura. Captivated by so many treasures, we didn’t even notice that our hosts had cleared up the oratory. The front door closed and three men (the group members of The Attrachju) took place at the altar. We then found out that our hosts had privatized the place so that we could enjoy a private concert of Corsican songs in unbelievable conditions. So we sat in the forefront and a religious silence settled immediately. The silence was quickly broken by the first notes that rose, using the particular acoustics of the room to hit us right in the heart.

And that’s how, as the singers sang beautifully, sniffles became increasingly present in the audience. Some even started to cry but, in a matter of being discreet, no names will be revealed… or rather a concern to cover myself! I’ll admit I do not remember crying that hard since being a little boy. Among the songs, we had the opportunity to hear the Corsican anthem who happens to be a praise of the Virgin Mary, protector of the island, and a requiem of an infinite sadness and melancholy. And as sometimes words are not enough, we suggest you make your own mind by listening to this short song we recorded especially for you!

This article was written as part of a partnership with Corsica Ferries. Nevertheless, any opinion expressed here is our own and has not been subjected to any influence. 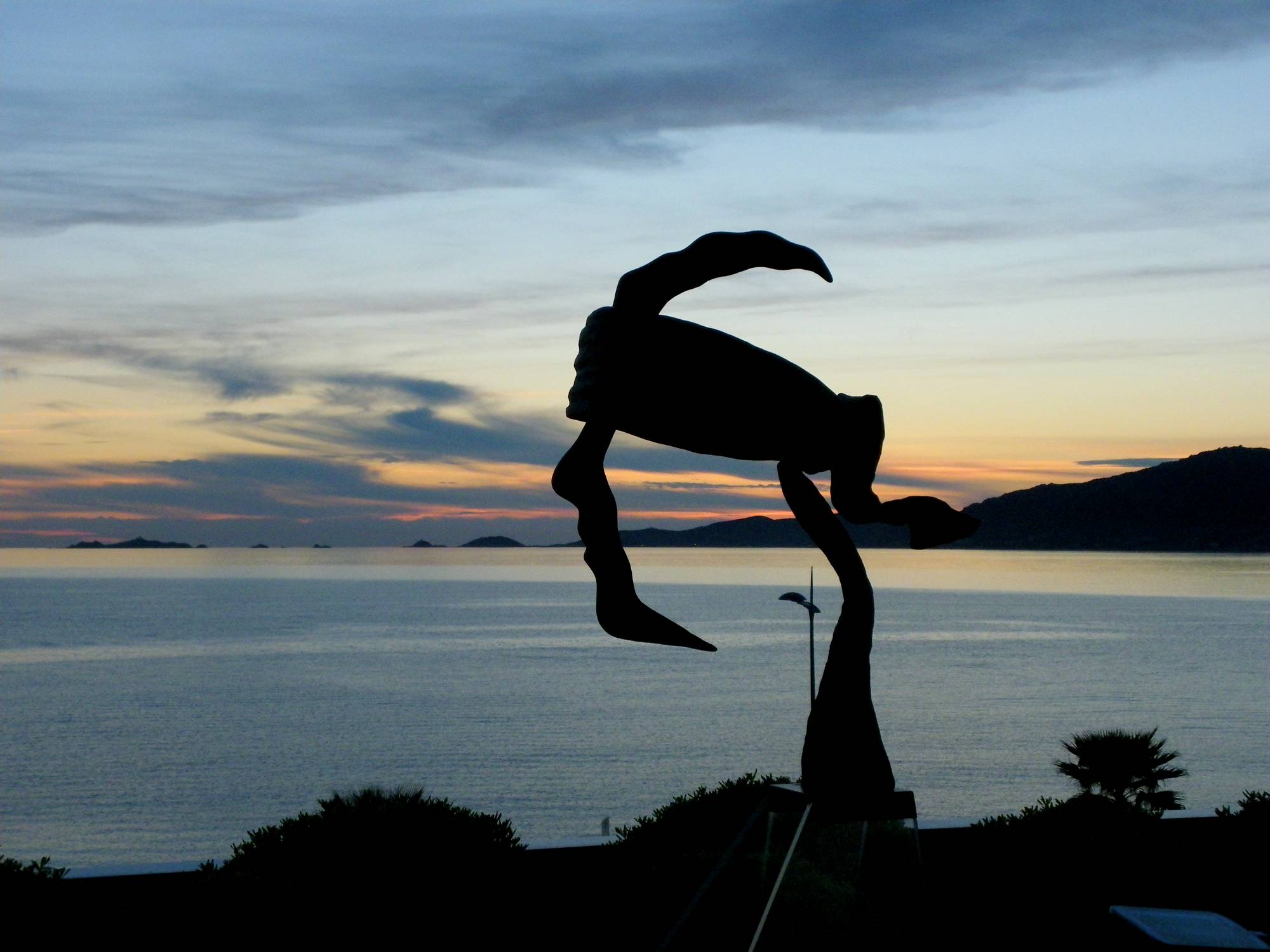