A good night sleep at the “Les Voyageurs” hotel was enough to recharge our batteries, and after a nice breakfast, it was already time for us to get back to adventure. We were joined by Sylvie, a cheerful and friendly guide who accompanied us throughout the day. First, we headed towards the col de Teghime, still going through those twisty Corsican roads because we had to go higher. In addition to offering a beautiful point of view over the East and West coasts of Corsica, it is also the place of remembrance of the 1943 Teghime Battle. Moroccan goumiers, alongside French soldiers, bravely fought and sacrificed themselves there to allow Corsica to become the first liberated French department. Their names are now engraved on two small tombstones, decked out in Christian and Muslim symbols, on either side of a more imposing tombstone, on top of which there is a koumia, a general badge for Moroccan mixed goums.

Then it was time for us to go back down to sea level to discover Saint-Florent, a charming small town located in a gulf, like a jewel in its case. We embarked on Ken’s boat. He became our captain for a few hours and was very pleased to make us discover some hidden gems in this area. We sailed pretty fast on a deep blue sea and passed by remains of the island’s past like this old half destroyed Genoese tower. The Genoese occupied Corsica from the 13th to the 18th century and built these towers at strategic points on the island to keep an eye on possible invaders. You will see them in different places all around Corsica and it is quite impressive to see how they have withstood time and attacks. Ken then took us to beautiful and quiet coves accessible only by sea, where the water is turquoise and transparent. We were simply amazed by the beauty of the place and listened with delight fun anecdotes of our captain who was pretty proud to list Hollywood films that had been shot there such as “The Longest Day”. We ended up dropping the anchor at the Saleccia beach and got off the boat to stretch our legs. While passing by, Ken warmly greeted the owner of a boat that was anchored there. He was clearly having a barbecue and chilling in the sun with friends. What a good life! We were lucky, the place was still pretty deserted. Ken and Sylvie told us the place was packed with boats and tourists in the summer!

This pause in our busy schedule was quite welcomed and we took advantage of those moments to stroll, explore the area and even swim for the bravest! The 60°F water killed our motivation so we just stayed on the beach to bath in the sun! The place is absolutely beautiful and is calling for nothing other than that, enjoy. We sincerely hope you have the opportunity to go there, away from the tourist bustle of the summer, it’s worth a visit! We almost had a hard time leaving this paradise cove but our gurgling bellies helped a lot! It was now time to say goodbye to Ken and head to La Marinuccia restaurant. We remained in the day’s sea theme, which seems pretty important in Saint-Florent, as we settled on the restaurant’s waterfront terrace. It is truly a unique and refined place that offers a remarkable view on the horizon, it must be gorgeous come sunset! We felt great and privileged.

The welcome, service and food there are absolutely excellent and we had a great time. It was difficult to choose between the possibilities offered to us, being foodies and all, but we finally opted for the “earth” menu made of a Corsican charcuterie plate, a Rossini beef fillet and chocolate cake, it was divine! Though it didn’t stop us from tasting the prawns and fish served to our neighbors, it is not our fault if we want to taste everything! And it’s with well filled stomachs that we then left to discover Bastia but that is for the next article 😉 !

This article was written as part of a partnership with Corsica Ferries. Nevertheless, any opinion expressed here is our own and has not been subjected to any influence. 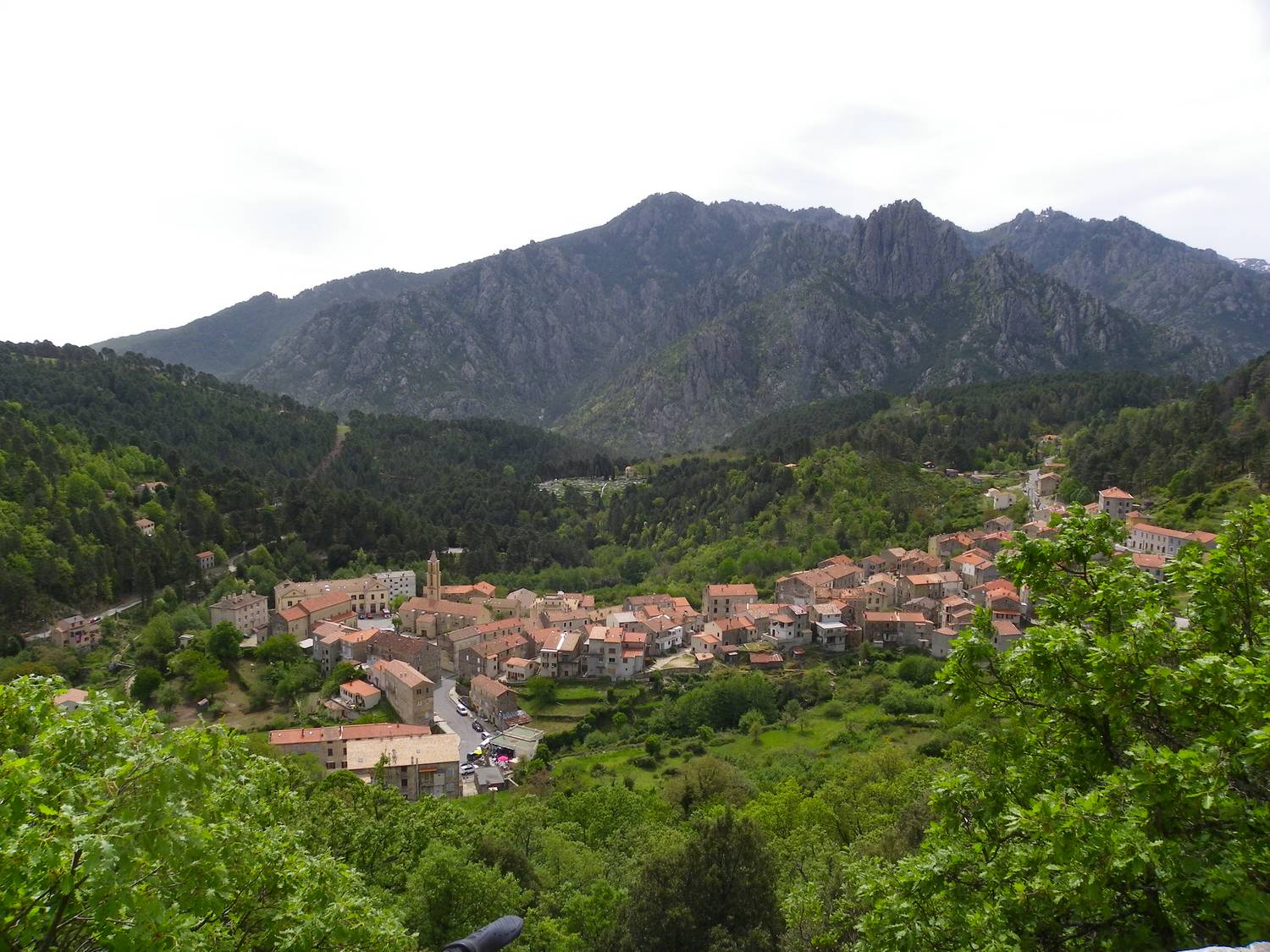