A couple weeks ago (it’s amazing how time flies!), we told you about our cute little beach house and about the overwhelming experience we had at the Humanity House Museum. This week will be slightly lighter because we’re going to tell you about our jenever tasting experience at the Van Kleef that’s right in the city center of The Hague. Never heard of jenever before? Want to learn more about Dutch culture? Or simply want to know if we left the distillery on foot or on all fours while singing? You’ll get all your answers by simply reading the article!

They say that the best way to end a delicious and hearty meal is to have an after-dinner liqueur in order to make digestion easier. So, after a good lunch at Instock, the next stop on our day was perfectly timed. We were expected at the Van Kleef distillery, an institution in The Hague, for a jenever tasting. Of course, we have to remind you that alcohol abuse can be hazardous to health and should therefore be used with moderation. We’re done with the serious part, let’s move on to the fun part!

If you drink together, you become friends – Dutch phrase

The  distillery was opened in 1842 and we had the pleasant feeling of having jumped back towards that time when we pushed the door of the Van Kleef shop. The large dark wood shelves were lined with many bottles of liqueur declined with all possible flavors. There definitely is something for all tastes and this declination of pretty colors his pretty intriguing. A little further, two imposing barrels were surrounded by stools for what seemed to be the tasting part of the room. We were completely amazed by the place and could easily picture the many treasures it abounds. It was a real pleasure to indulge in this unusual, new and exciting environment. We were quickly invited to discover the jenever, there was no time to waste! The alcoholic beverage was served freezing, in small quantity of course, and it came from a superb bottle from another time.

First impression: it’s quite strong and reminded us of whisky. It was hard for us to figure out how it truly tasted like since it was freezing but we were eager to learn more about this mysterious place and the manufacture of this iconic liqueur. Then we went to sit down in the shady backyard where Fleur, who would be with us throughout the tasting, quickly joined us. This sparkly smiling brunette first talked to us in a very good French tinged with a beautiful Hispanic accent. She immediately put us at ease  with her outspoken jokes and we quickly realized that the time we would spend in this magical place would undoubtedly be too short.

The tasting began with Van Kleef’s most basic and reputable product : the jenever.  Fleur was now facing us with several bottles, each as pretty and refined as the one we had seen at the entrance of the shop. She told us the story of the jenever and delivered some of its secrets. You have to know that there are 2 different types of jenever : the old one and the new one. Traditionally, jenever is exclusively made from crushed juniper berries to which barley, corn and rye are added. This mixture is then introduced into water with yeasts and, once the fermentation is finished, you get the mold wine which will be distilled 3 times in the presence of medicinal herbs. The liquor thus obtained will then be aged in barrels, just like whisky. The new recipe was introduced at the beginning of the 20th century with the arrival of column distillation and World War I. Because of food shortages, the juniper berries were replaced by sugar beets. The liqueur thus produced was therefore much cheaper, sharper but also tasted very bad. People drank it freezing so they wouldn’t taste how bad it was and we felt the difference during the tasting.

Importance of the distillery in the 19th century

Two hundred years ago, it was very difficult to find drinkable water. The inhabitants would use the nearby canal, which was also often used as an open sewer. The water thus harvested had to be disinfected before it was consumed and thus alcohol came into play. It was the perfect way to make water drinkable and that’s how the production of alcoholic beverages has developed throughout Europe. The wine was much cheaper in the South of Europe and beer was much cheaper in the North of Europe because of the respective climates of these two regions. Apart from its main function, which of course is to make alcohol, the distillery was also an important part of the daily life of a neighborhood in the 19th century Netherlands. At the time, most home remedies involved using strong alcohol and herbal medicines and besides, jenever was originally used against stomach aches. On the other hand, several everyday products, such as, for example, Eau de Cologne, were in fact secondary products of the distillation process and therefore came from the distilleries. Thus, it was necessary to have easy access to a distillery and there were scattered all around the neighborhood we were in.

Fleur got amused and then showed us the very first edition of the local phone book. Let’s picture it: we’re at the end of the 19th century and the phone has just arrived in The Hague. Getting a line was very expensive (approximately $6500!) and was therefore only affordable to the rich. They could brag about having a line but couldn’t really call anyone since a very few people were connected. The first phone number that appears on this phone book, the most important number, the easiest to remember, and therefore certainly the most used, was neither the number of the king nor the mayor’s one but it was Van Kleef‘s! That’s right! To call your favorite distillery all you had to do was press 1, it was as simple as that!

So, what did we taste?

Well, a lot! It’s pretty crazy how anything can be transformed into liqueur and the creativity shown by the thinking heads of Van Kleef has amazed us. So, of course, we tasted the jenever, old and new. We also tasted a fairly impressive variety of liqueurs flavored with ginger, speculoos, raspberry, mandarin, walnut, caramel cream, pear, cherry and even chocolate! Everything was very good and you should know that they only use natural flavors so it tastes really good and there will be no hangover! We also tasted some liquorice liqueur whichappears to be a must for the Dutch and more generally Northern Europeans. It has a really strong taste and to be honest, we didn’t really like it but at least we tried it! The tasting ended in style with the “Tears of the bride”, a variety of jenever that contains small gold leaves. Well, we didn’t really feel a big difference when tasting it but it must be said that it is still very nice to see these little bits of gold go up and down in your glass. And, rest assured, we tried everything in moderation (despite this impressive list of all that we have tasted!) and we easily left the placeto go on to some new adventures … we were just a little more joyful 😁!

We were invited to this tasting by The Hague Tourist Office and Van Kleef. However, any opinion expressed here is our own and we haven’t in any case been subjected to the influence of a third party. A huge thank you to Chantal, Mieke and Fleur for your warm, smiling and caring welcome! 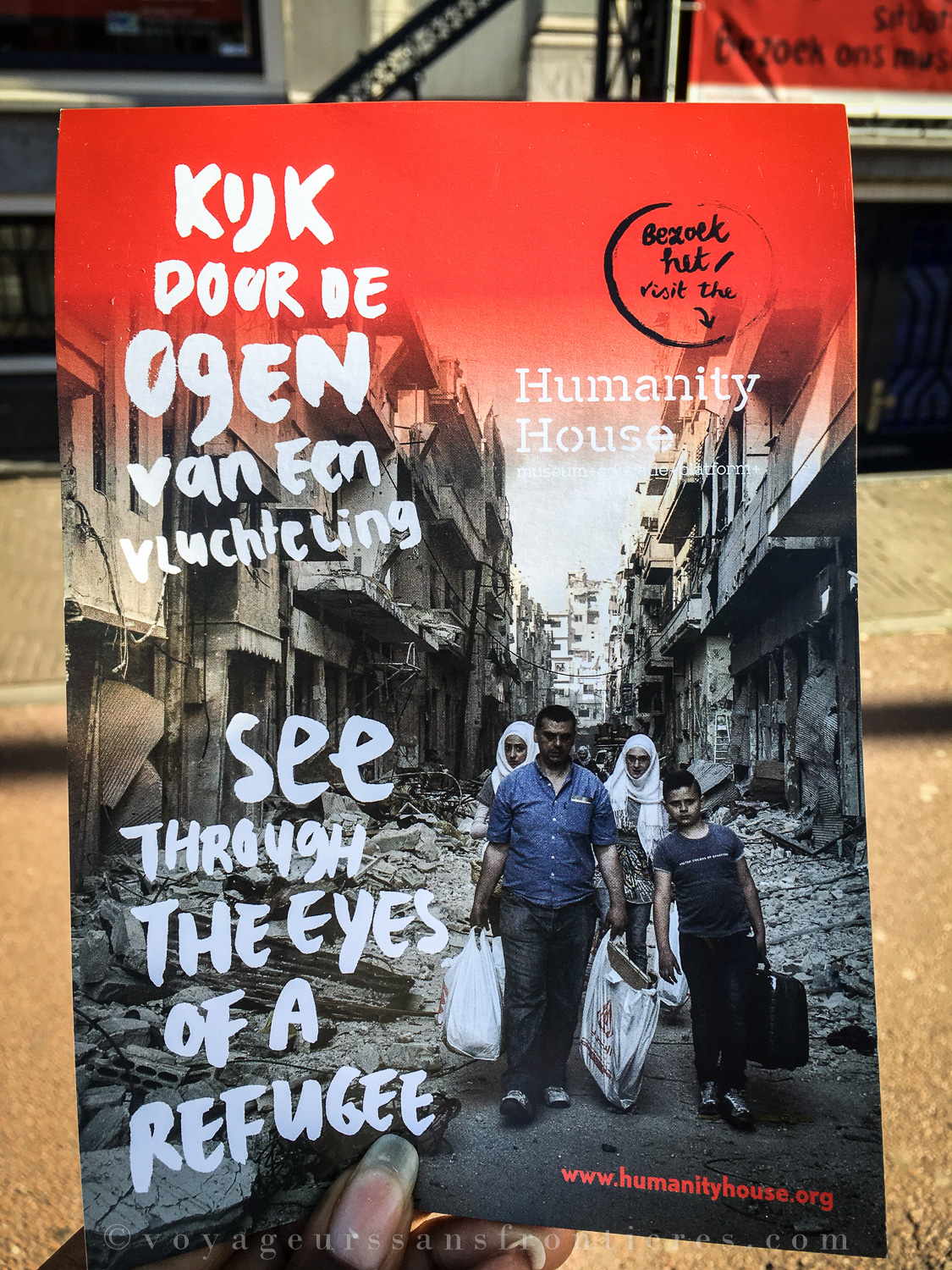 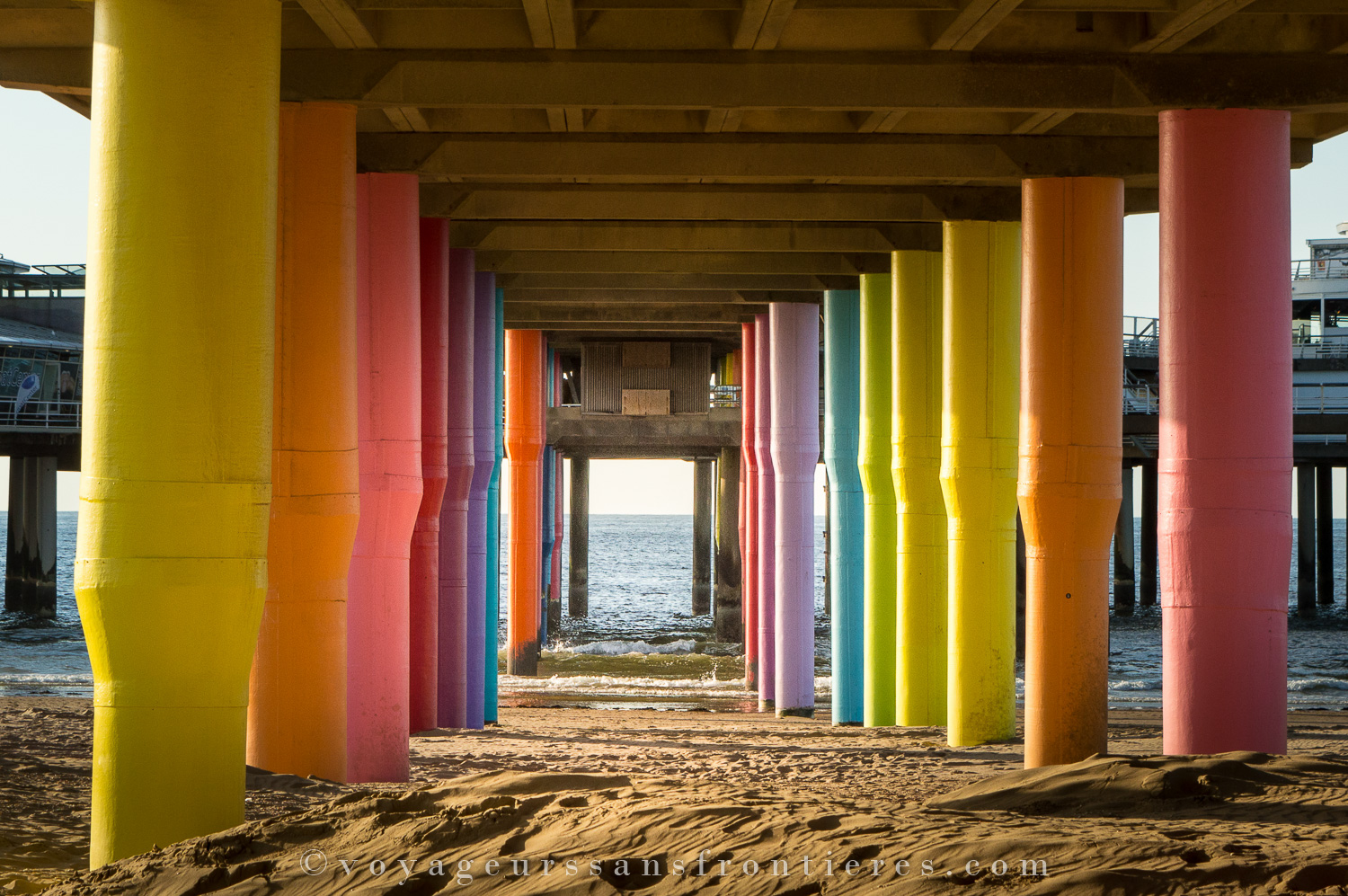