Humanity House : Through the eyes of a refugee

Favorites, Off the beat, Partnerships, The Hague, The Netherlands

It’s a rather special article that we’re offering you today. We’ll put aside the pictures of beautiful beaches decked out with a beautiful blue sky and greenery for a moment. It isn’t going to be a pretty joyful, amazing blog post today but it was very important for us to write it. Because we’re convinced that our life as travel bloggers doesn’t necessarily mean seeing the world through rose-colored glasses, with cute hearts and glitters. Because we’re going to talk to you about something that’s difficult, topical and which is particularly getting to us right now. And most of all, because it was an interesting, overwhelming, touching and poignant experience, that we’d like to share with you today. It’s in no way about sharing our political, religious or personal beliefs, that’s not the point. Moreover, we’re aware that we’re very far from being geopolitics experts. We’re simply going to tell you about our visit of the permanent exhibition at the Humanity House Museum in The Hague: “Through the eyes of a refugee“.

Created 5 years ago in The Hague, the Humanity House museum is meant to raise discussions about humanitarian themes in order to increase understanding and contribute positively to a life of peace and freedom for everybody. This fascinating place is more than just a museum since many events are regularly held there, such as film screenings, temporary exhibitions or debates. The “Through the eyes of a refugee” exhibition is the permanent exhibition of the museum. It’s part of a national project during which evening discussions are also held. More than a regular exhibition where the visitor would be passive, it has truly been conceived as some kind of interactive role-playing experience, meant to be as realistic as possible. The goal is to mobilize the 5 senses and make you feel the mixed realistic emotions that you would probably feel if you had to hastily flee your country with the sole purpose of surviving. After stating our names at the reception desk and receiving our identity papers, we headed towards the basement of the building to begin the experiment. No matter what happends, it is imperative that we stay together…

Through the eyes of a refugee

So we arrived in the first room of the exhibition. It was a fairly dark, cold room with a pretty heavy atmsophere. We progressively explored our new environment and we understood very quickly that it was actually a living/dining room. Rain boots were stored at the entrance of the room, coats were hung on the coat rack, wooden toys were strewn on the ground and the radio was on. We kept moving around the room, not with a lot of confidence. We were both excited and curious, with a touch of anxiety nonetheless. In the middle of the room, the dining table was completely devastated. A deck of card was scattered everywhere, a chair was overturned and a big red and thick puddle was dripping from the table and staining the ground. Could it be blood? No, it was just a glass of red wine that had been hastily spilled. Suddenly, the radio stopped, the programs were momentarily interrupted and a message was broadcasted to all waves, first in Dutch than in English:

So that was it. The place had been deserted, abandoned in haste. The decor took on another dimension and became a little bit oppressive. On the dining table, we got to the laptop that was still on.  It was a Facebook feed that was scrolling down. Our friends were talking about a disaster that was taking place in The Hague, we had to flee. Besides, our transportation tickets had just been slipped into the slot of the front door. We were amazed by both the realism and the attention to detail. We really didn’t expect it to be like this. We took a last look at this room that was supposed to be our home, we got our identity papers and climbed the stairs towards the unknown. Not without some trepidation. We arrived in a dark, narrow corridor, almost entirely made of wood: the boat trip began. The path was signposted and on the way, our senses were all solicitated. We heard footsteps as well as male and female voices speaking unfamiliar languages. Sometimes, we could look through small holes in the walls and we had a glimpse of the outside world despite the confinement and solitude. It was important to be quiet and be as much unobtrusive as possible until the next step of the trip…

Then followed a series of events that any refugee inexorably goes through when arriving to a new country. The interview with an employee of the immigration, the registration at the Red Cross, the search for lost family members. We won’t tell you much more about it so your experience won’t be spoiled. But know that this was a fairly strong and immersive experience that called us out a lot. Obviously, we’re aware that such experience only provides a little glimpse of the many things that those men and women have to go through when they make the difficult choice of leaving everything they know to rebuild themselves elsewhere. But still, it didn’t leave us indifferent. It wasn’t fun but it was a necessary experience. Part of the exhibition is devoted to the testimony of those people who live or have lived through horror and it was both heartbreaking and inspiring to see them hope to build a better life despite everything. Wars, mutilation, rape, torture, men, women and even children shared their story that always sent shivers down our spines. And sometimes, they managed to build a future away from the misery and regain an ordinary lifestyle, thousands of miles from home. It inspires respect and humility. And after all that, the experience ends on a positive and hopeful note. We found ourselves facing a huge white wall where were stuck dozens of flashy colorful sticky notes. Each visitor is invited to scribble a little message, leave a trace of their passage, and of course we didn’t miss out on it! 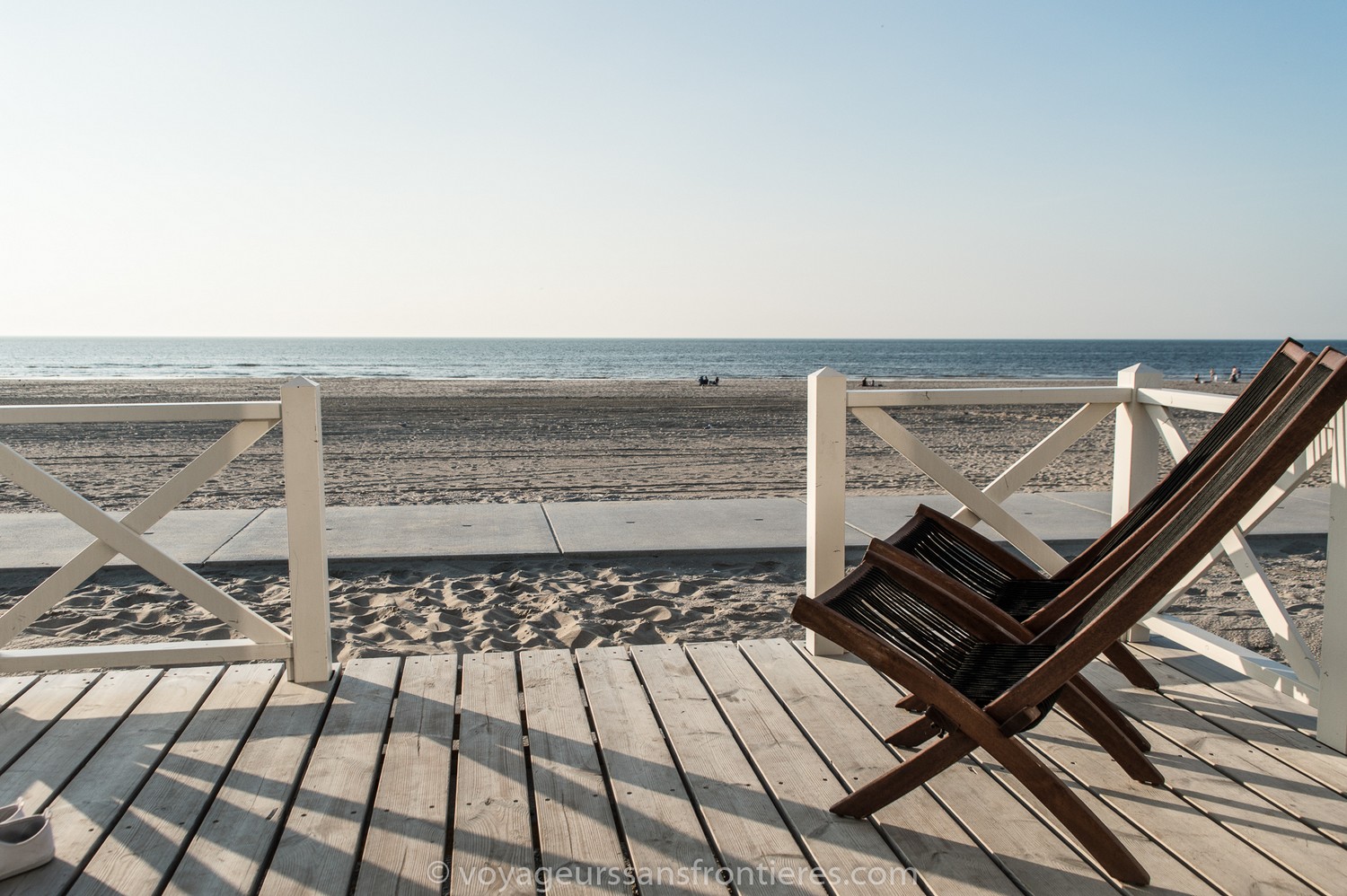 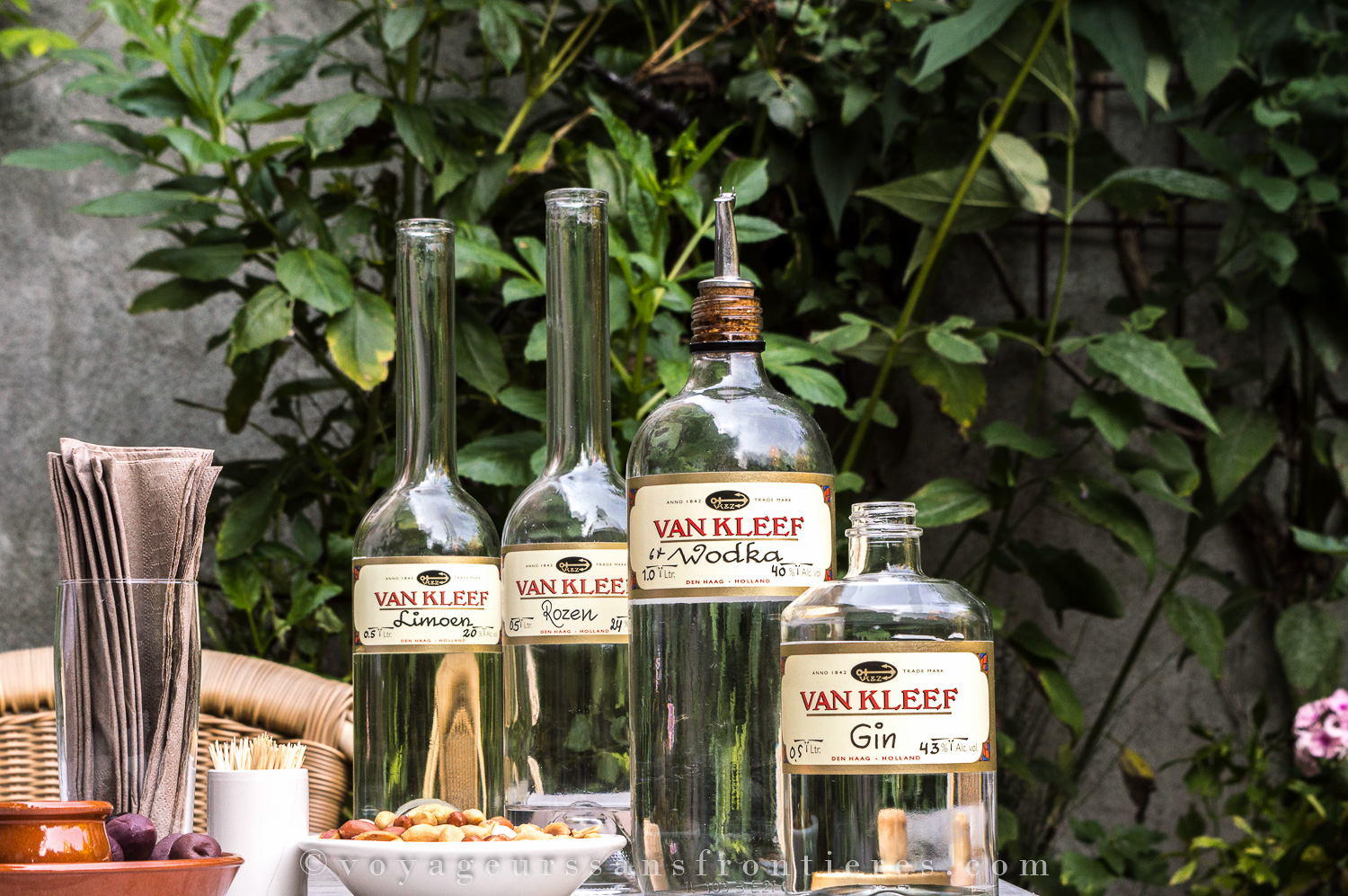