When you hear about Portugal, the cities that generally come to mind are Porto and Lisbon. But have you ever heard of Coimbra? Probably not. Yet this charming little town situated halfway between the two cities known ultra worth stopping. We took advantage of our visit to Portugal to visit our blogger friend Audrey from Bom Dia Portugal and Coimbra, which was originally a stop en route to Lisbon, managed to seduce us and we will tell you how.

We arrived in Coimbra on a beautiful winter morning and already, we were greated by the Portuguese sweet temperatures. We were arriving from Bordeaux and the mild sun of the South instantly forced us to remove some layers to avoid sweating! Following Audrey’s good advice, we took a taxi to get to her apartment because “it is not far away but it’s steep!” she had she said. And if there’s one thing that you should be prepared for during your stay in Coimbra, is that it’s damn steep !! The old town, aka the most charming part of the city, is located on the Alcaçova hill and it will take you climbing many stairs to reach it! Fortunately the game is well worth the effort, even if, at the time, you risk having your thighs and butt on fire, know that the reward will be even better! One of the most famous places of Coimbra is probably its University which gives this small town all its dynamism because of the tens of thousands of students who come there every year to study. For the record, it is said that JK Rowling was inspired by them and their original uniform to design the uniforms made of beautiful long black cloaks for the students of Hogwarts. Unfortunately, we didn’t have the opportunity to see some students wearing these uniforms, but it appears to be quite something. Just like attending one of their many traditional student parties throughout the year! We had the chance to take a private tour of the University of Coimbra alongside Audrey and a French speaking guide, and it was absolutely fascinating to go back in time and wander those corridors used by so many little scholars for the last 5 centuries! Upon our arrival in the yard of the imposing building, we simply stood in the middle of the large rectangular courtyard and admired for many minutes the majestic main building that stood before us. The university is now located in the courtyard of the former Royal Palace, which quite naturally explains that special aura that reigns there. We were very surprised to learn that the university is operating autonomously, a bit like the Vatican, making it quite unique in the world. It still possesses its own guard, its court, its chapel and even its own prison (which is no longer used!). But above all, one of the elements that makes the University of Coimbra internationally renowned is the Joanina library, considered to be one of the finest in the world and this is where we began our 3-hour tour.

We went in there through a huge carefully carved wooden door and there was the wonder. We had the chance to visit the library of Strahov in Prague a few months ago, which is also ranked among the most beautiful libraries in the world, but the frustration of not being able to freely stroll around it left us pretty much disappointed. Loads of tourists jostling and congregating to take THE perfect picture surely didn’t help! There, it was completely different. You should know that guided tours parade in the library one after the other since it’s the most famous point of interest of the University of Coimbra and our smart guide brought us in right between 2 slots of visits so we would have it entirely for ourselves.  And there, the magic largely operated! The 60,000 books of the library, dating from the 16th to 18th century, were stretching to the horizon, sublimated by superb shelves made of a rare and noble wood, at the time. You should know that kings used to use this library to sit their power and grandeur. So it had to be impressive and massive, it’s definitely mission accomplished! It’s pretty fun to watch the many gilding adorning the shelves and that often refer to traditions of countries that used to be colonized by Portugal, like India for example. Apart from the beauty of the place, the thoroughness with which the building was designed amazed us. The windows are very narrow, letting in as little natural light as possible. The temperature is constantly regulated, everything is made of wood to absorb moisture from the air and there is even a colony of bats housed in the building that will eat potential damaging bugs!

The tour continued in the basement of the library where many ancient, therefore fragile, books are stored, and lower still are the old dungeons where were locked disobedient students. Our guide told us that a student could be locked up for committing a theft (in the grounds of the university or even in Coimbra) or for breaching the curfew which was (and still is) rang every day by the Tower la cabra at 6pm. The guards of the University of Coimbra would then patrol in the city searching for students in uniform and those who violated the regulations were imprisoned in tiny cells deprived of sunlight, enough to make think twice! We continued with a tour of the main building where the former apartments of the King and Queen are. One of the best rooms of the place turns out to be the old throne room which is now where the thesis defenses are held. When we were there, a student was defending her thesis but we still managed to discretly take a look at it from one of the many high windows and it was very interesting to learn about some of the customs that are very different from what I (Nath) was used to seeing in France for Chemistry thesis defenses. The student was sitting at a desk wearing her uniform against her jury that was sitting on a platform, also wearing a uniform. A large orange flag associated with Psychology, was on the wall. Other colors are used at the University of Coimbra such as yellow for medicine, light blue for Science or the red for Law. It must be really impressive to defend your work in such a majestic room. Exploring the royal wing ended with access to a beautiful terrace with a panoramic view over the roofs of Coimbra and the Rio Mondego. The tour finally ended with the Department of Physics and Chemistry which features many old objects to make science experiments fun for students, needless to say that I (Nath again) was in my element!

To extend your visit of Coimbra, we advise you to go in the beautiful botanical garden of the University and then down the Rua Martin da Carvalho to the level of the Rio Mondego. You will pass by a lot of pretty churches, which often have entrance fees, and of course, the countless colorful azulejos that decorate the facades of the houses will make your head spin! The city is really pretty, you’ll just have to lift your head to be amazed! On the foodie department, we tested a few delicious restaurants: the Giro churrasquiera and Tasquinha which were both delicious and very cheap! Audrey also told us about a very good tip, you can eat a full meal at the canteen of the university for about 4€! When we were there, there was a delicious African buffet! On the portuguese specialty test front, we can recommend you the chanfana (goat stewed in wine sauce), the bacalhau (cod) and you absolutely have to taste the almond liquor. Served very cold with lemon juice, it is a real treat! We will give you more details on all these Portuguese dishes we tasted in our Portugal handy guide which will be up in a few weeks. Finally, for a drink we can advise you to check out Aqui Base Tango, a gin club located in an old house where you can enjoy a game of ping pong with pals on the top floor, or the Bigorna Bar to drink a good beer for cheap. After nightfall, it also appears that the Praça da Republica is the place to be to go out and party, you can test one or more bars there according to your desires! 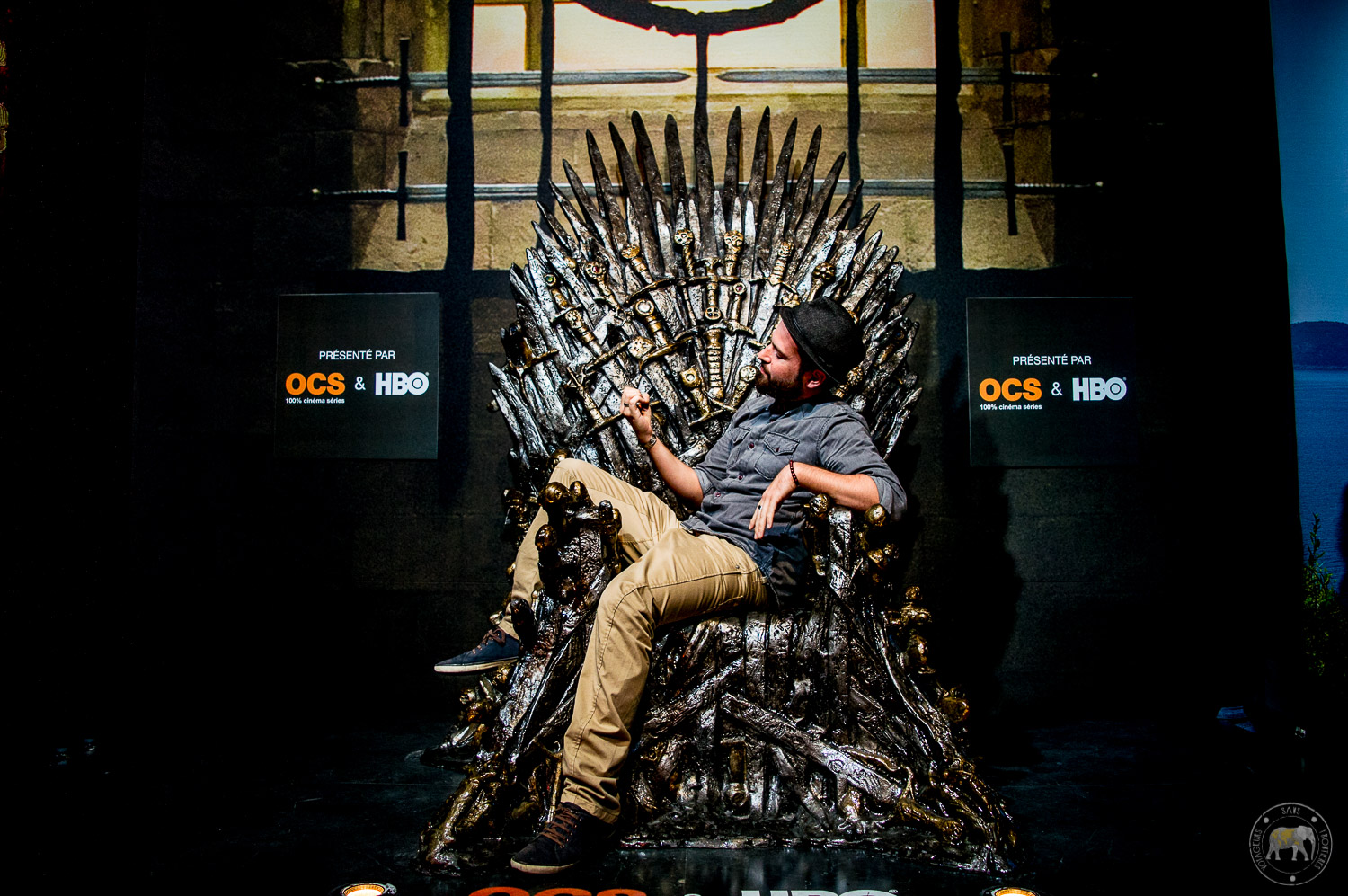 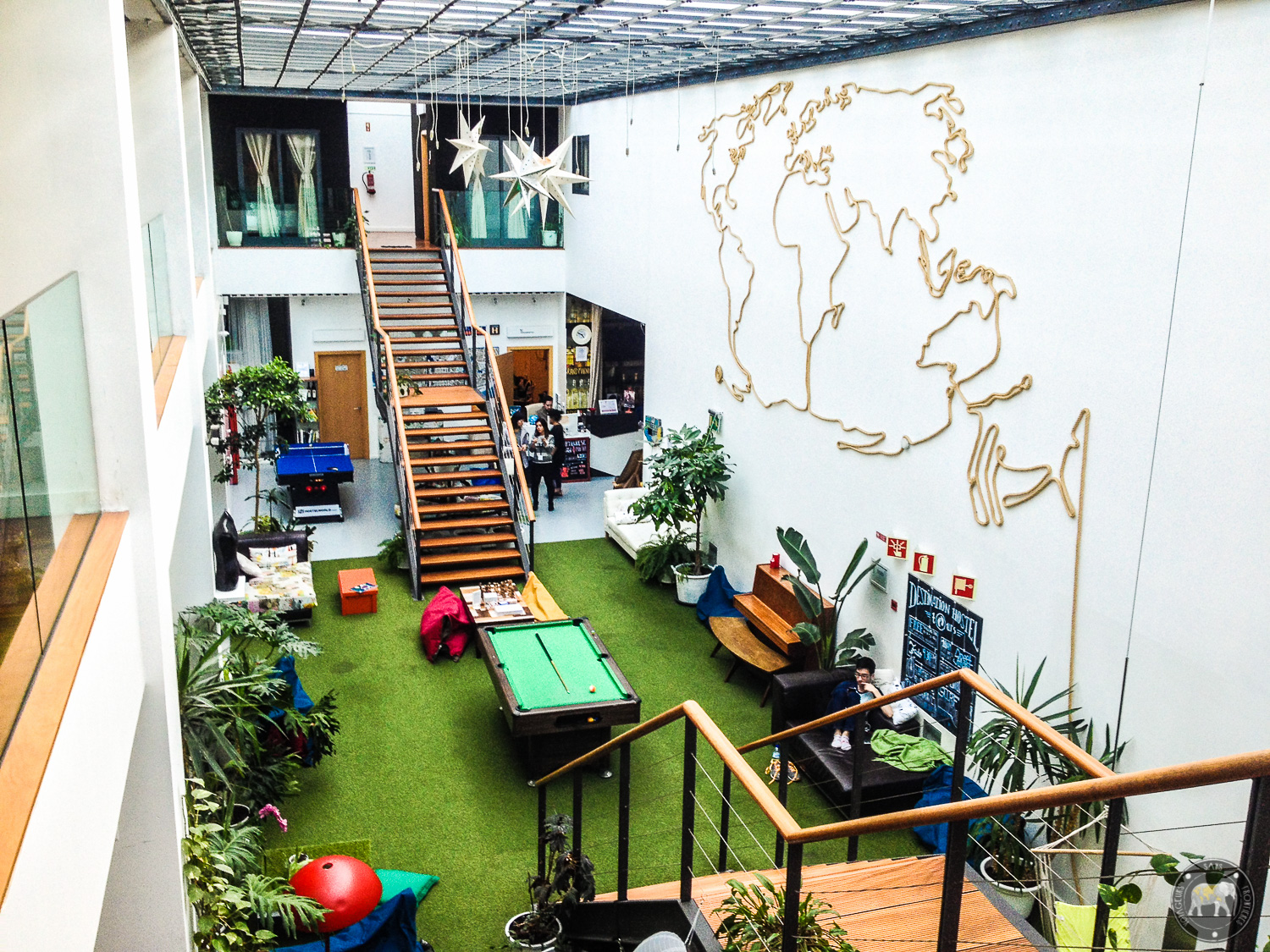 Mystery day in Lisbon with Emoovio