Paris also has its little secrets

France, Off the beat, Paris

A few weeks agos, we told you about the pleasant surprise we had when visiting Paris which we were dreading for reasons that ended up to being superficial. The Paris must-see places surprised us in many ways but we also managed to find some nice small and quite unusual places that we will share with you today. Hoping it’ll be your turn to be surprised, destabilized and seduced by Paris offbeat.

Sometimes there’s nothing like feeling at the countryside in the middle of a huge metropolis. This feeling of being privileged and incredibly lucky while being in the heart of an agitated city is incomparable and that is why we have enjoyed so much discovering the Rue des Thermopyles, the Rue Crémieux and the Passage LHomme. It was a different feeling from what we had felt in Montmartre which is like a small village within the city but is also packed with tourists. These places are still relatively preserved from mass tourism (although you can easily find them on Instagram!) and if you have the opportunity, we urge you to come hang out there to enjoy the quietness. The Rue des Thermopyles was certainly the most beautiful surprise for us given the itinerary to get there. We got out of the subway at the Pernety stop and we found ourselves in the very popular and full of shops Rue Raymond Losserand. After walking a few blocks, we turned left to find ourselves like teleported to the heart of a calm bubble of greenery. The agitation of the city suddenly felt pretty far away and before us was a quiet street where nature seemed to have engulfed concrete. You have to go cross to the end of the street to be able to fully appreciate its atmosphere and check out some nice street art pieces. In a completely different way, the Rue Crémieux is also worth seeing as its bright colors and its small cobbled street have nothing to do with the idea that one can have of Paris! When we were there, the sun was bright and some inhabitants of the place had set up a small table in front of their apartment to enjoy a good meal in the sun, it was almost like being in a small alley in the south of France!

What better than a good glass of wine in a friendly and relaxed atmosphere for wrapping up a long day? We’ll start by telling you about our evening at the Paname Art Café. It’s a trendy little bar in Paris where you will easily run into famous French youtubeurs (we saw Norman and Hugo tout seul there) and French comedians. As big fans of stand up shows, it is without hesitation that we went and tried their open mic night hosted by Fary, one of our favorite comedians.  The first part of the evening started on the ground floor where we were invited to have a drink while waiting for the show that was taking place in the basement. Admission is free of charge but you will have to buy at least one drink at the bar and you’re strongly recommended to hand a little bill at the end of the show to thank the comedians ! That night, four comedians went on stage, with more or less success. But it was still a great night that we highly recommend! We really laughed a lot and since it’s a small room, the proximity and complicity with the comedians is just tenfold which is very significant. It’s also what we are looking for when going at the Festival d’Avignon and it really is this type of show that we prefer. The bar helds many events throughout the week, and if you are not fluent in French, they have French fried Comedy Nights on Tuesdays and Fridays with skits in english! You might see Paul Taylor do some skits there. Remember the British dude with his hilarious La Bise video (check out the sidebar if you don’t)? Well that’s Paul Taylor and he shot it at Le Paname Art Café!  Just check out their program to find your ideal evening, you won’t regret it! In a completely different note, we also went to the Dernier bar avant la fin du Monde (Last Bar Before the End of the World), which, of course, echoes with our geek culture! Many objects, figurines and even the decor refer to many pop culture standards such as Star Wars, Game of Thrones or Blade Runner. It’s even possible to play board games there! Perfect for a chill evening with some friends! Careful, the place is pretty successful, it took us several minutes to find a place to sit while we were just 2 and the bar is built on several floors.

To round up this Paris offbeat tour, we’ll tell you about a place that’s way out of the center and which is worth exploring during a 2nd or 3rd visit to Paris or if you love loaded schedules like we do! It is the Parc de la Villette. It’s a really nice place to take a walk and breath in some fresh air away from the Parisian bustle. The plus side is that it’s also a place where you can enjoy art in many forms and sometimes even for free. Not having a big budget during our Paris trip, we chose the latter option that has proved to be really nice. We particularly liked the huge pieces of Felice Varini which are based on a very clever play on perspective. It was pretty funny to look for the perfect point of view! 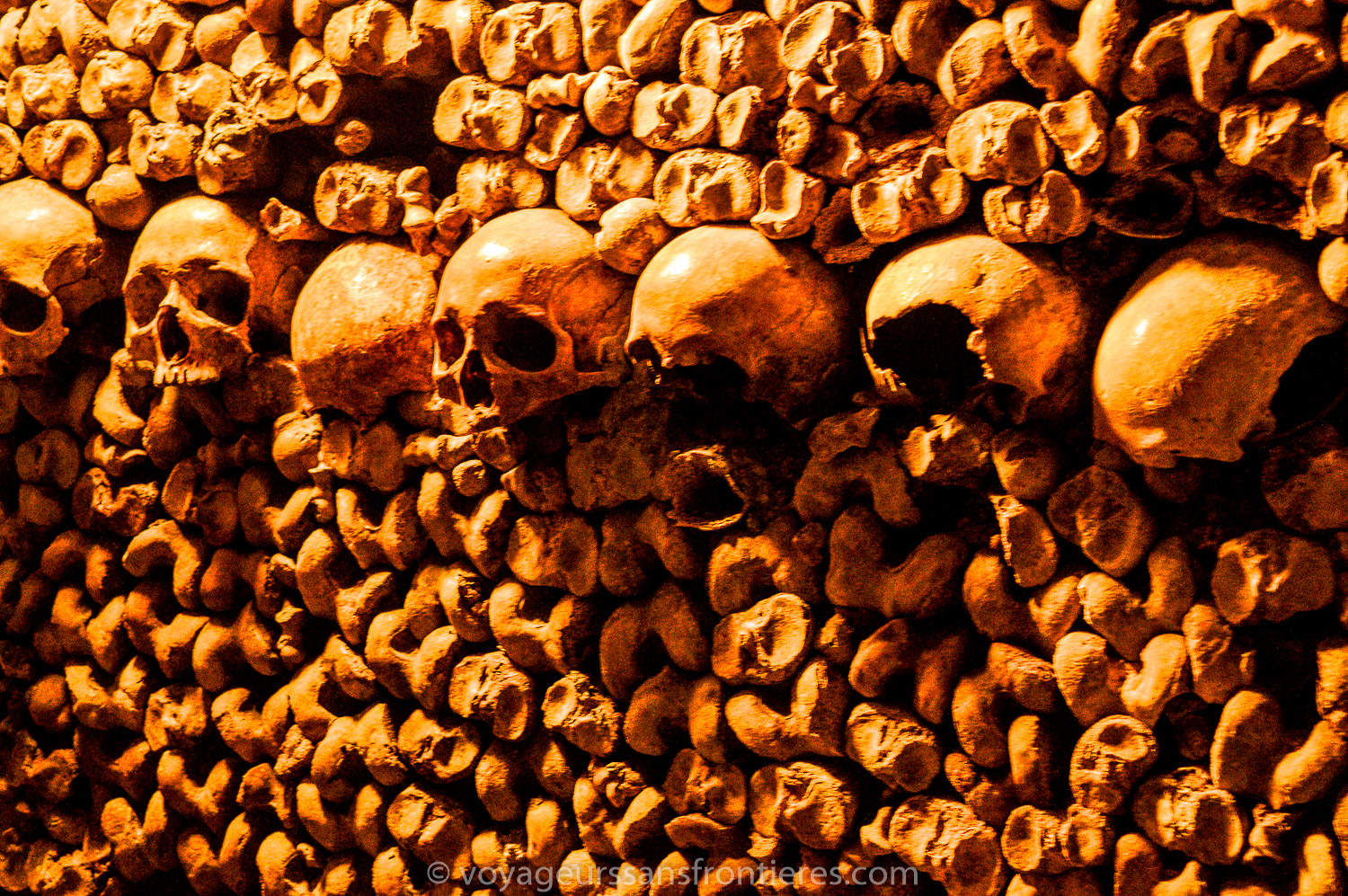