Europe trip with Eurolines and Isilines : our review

Last February, we hit the roads of Europe to explore and discover our beautiful continent. You may have followed our live journey on our Facebook, Twitter or Instagram accounts. It was really a great experience, full of twists and unexpected and beautiful moments that will forge memories for life! Before telling you about our adventures in details, we decided to start this series of articles by telling you first about our mode of transport and how we set up our itinerary for a month which wasn’t always simple. We tried out the Eurolines and Isilines coach trip companies and we will tell you everything!

Why travel by coach?

When preparing our trip, travelling by coach was just the obvious option for us. Cheaper than the plane, more flexible than the train, the real perk of this mode of transport is that you can easily get to the heart of many big or smaller cities which offered us a great flexibility and freedom when figuring out our itinerary. Forget about the surprise fees often associated with low-cost flights or exorbitant prices of train tickets! Furthermore, the many overnight trips available would allow us to save on hotel nights even though it wouldn’t be as comfortable as sleeping in a soft bed. But beware, not everything is perfect. OK, travelling by coach is cheaper but it is also much longer! For instance a trip from Montpellier to Bordeaux takes about 8 hours by coach as opposed to 4 hours by car! It’s very important to consider this when putting together your own itinerary. We had all the time in the world to enjoy our trip but this won’t necessarily be your case. After many months of tearing our hair out about this freaking itinerary, we finally came up with a consistent route that perfectly suited our desires :

Have you heard of Eurolines and Isilines?

Established in 1985, the Eurolines company is actually the gathering of several European transport companies. Today its network is the most extensive on the continent with more than 600 destinations served all across the continent including 96 in France. Among the interesting options the company offers, we retain the Eurolines 15 or 30-days Pass that allows unlimited travelling throughout Europe for a determined period at unbeatable prices. Since summer 2015, Isilines joined the Eurolines family and exclusively offers trips in France in modern and comfortable coaches. Feel free to take a look at the Eurolines map of destinations as well as the Isilines one and figure out your dream itinerary!

So we hit the roads of Europe on February with Bordeaux as our first destination and, during our journey, we took 2 Isilines coaches and 4 Eurolines coaches. Overall, everything went pretty well for us. The coaches were punctual, comfortable and sometimes we even had access to wifi or electrical outlets, what a luxury! Given that Eurolines is a gathering of different coach companies, the service is unfortunately quite uneven depending on the coach you take. Seb happily took advantage of the electrical outlets and got to use his XBox gamepad that he had taken “just in case” and we also binge watched a lot of TV shows (that’s how we discovered House of Cards for instance)! It was enough to make the long hours trip much more bearable!

We also tried out the customer service that has proven to be very effective when we missed our Lisbon – Seville night coach (Note to self: always get to the Eurolines office 30 minutes before the departure of the coach!). We were finally able to take the bus the next day without problems but we, unfortunately, had a day less to explore Seville. However, the big negative point that we’ll remember from this trip is that sometimes the communication is very difficult to establish with the coach drivers. Of all the drivers that we had on our trips abroad, not one spoke even a little bit of English which sometimes made it very complicated to talk. It’s very frustrating and annoying when your driver speaks to you in Portuguese and repeats the exact same thing as quickly as the first time and with annoyance when he realises you didn’t understand a thing he just said! A little more understanding and patience on their part would really be welcomed! The Isilines drivers were much more friendly with us, maybe it was because we were French thus eliminating the language barrier. As expected, relations with the other passengers were very diverse. While on one hand we had a pleasant surprise when an old Portuguese man spontaneously gave us his seat so we could be sitting next to each other and on the other hand we saw complete idiots who just occupied 2 seats with their feet and indreculously looked at you when you were trying to tell them you had to use the extra seat. It’s like everywhere, there are some intelligent and friendly people and some are just not!

The trip where everything went wrong

And for the sake of transparency and honesty, we must tell you about our one and only catastrophic Zürich – Marseille trip that was really the worst of it all, too bad for the last ride! We had to take the 7:30 am coach in Zurich, that was supposed to get to Marseille at 8pm and then we would have had to take a Marseille – Montpellier coach at 10:45pm. So we got to the coach station in Zürich at 7 am. The Eurolines office was closed so we waited for our coach to arrive, sheltered from the snow. Around 7:15 am, some of the company’s drivers arrived and started to prepare their bus that was going to Spain. We asked them in Spanish if we should go up with them, they told us that we shouldn’t and that we’d have to wait for another coach. At 7:45, still no coach in sight, so we called the customer service based in Paris. The teleoperator took the references of our trip and promised to call us back in a few minutes with an update. 8 am, still nothing, so we went to ask again to the Spanish drivers who pointed us to a minibus that was going to Italy. This time the drivers spoke an easterne Europe language, polish perhaps, so imagine how hard it was for us to understand each other! The Polish drivers first told us to take the Spanish bus and after several minutes, they finally realized that they were going by Marseille and that they had our names on their passengers register. So here we were, loading our luggage in a tiny full 20-seat minibus that was going to Milan. Around 8:30, when we were already on the way, the Eurolines teleoperator called us back and she had no more information about what was going on. So we told her about what had happened and she explained that they sometimes use minibuses for short rides. We wouldn’t exactly call a 12-hour ride short! When we got to Milan, the madness continued. We had to switch minibus. The driver told us which one we had to get on and that he would take care of telling our new driver our destination when we asked him to retrieve our tickets he had retained. We left Milan around 1pm and several stops were planned before getting to Marseille, we were beginning to seriously freak out about missing our connection and the fact that the driver kept asking us where we were heading clearly didn’t help in reassuring us! We finally arrived in Marseille at 10pm, right on time for our connectin that was fortunately running a few minutes late. The rest of our trip was uneventful except for the fact that we woke up with a start in Montpellier when the bus was getting ready to leave! We will long remember this trip! Despite this anecdotal mishap, we would gladly go with the Eurolines and Isilines coaches for the second part of our Europe trip scheduled for April!

This article was written as part of a partnership with the Eurolines and Isilines companies. Nevertheless, any opinion expressed here is our own and has not been subjected to any influence. A big thank you to Laurence who helped us set up this itinerary and was able to deal with any last minute changes, thank you for your kindness and your efficiency! 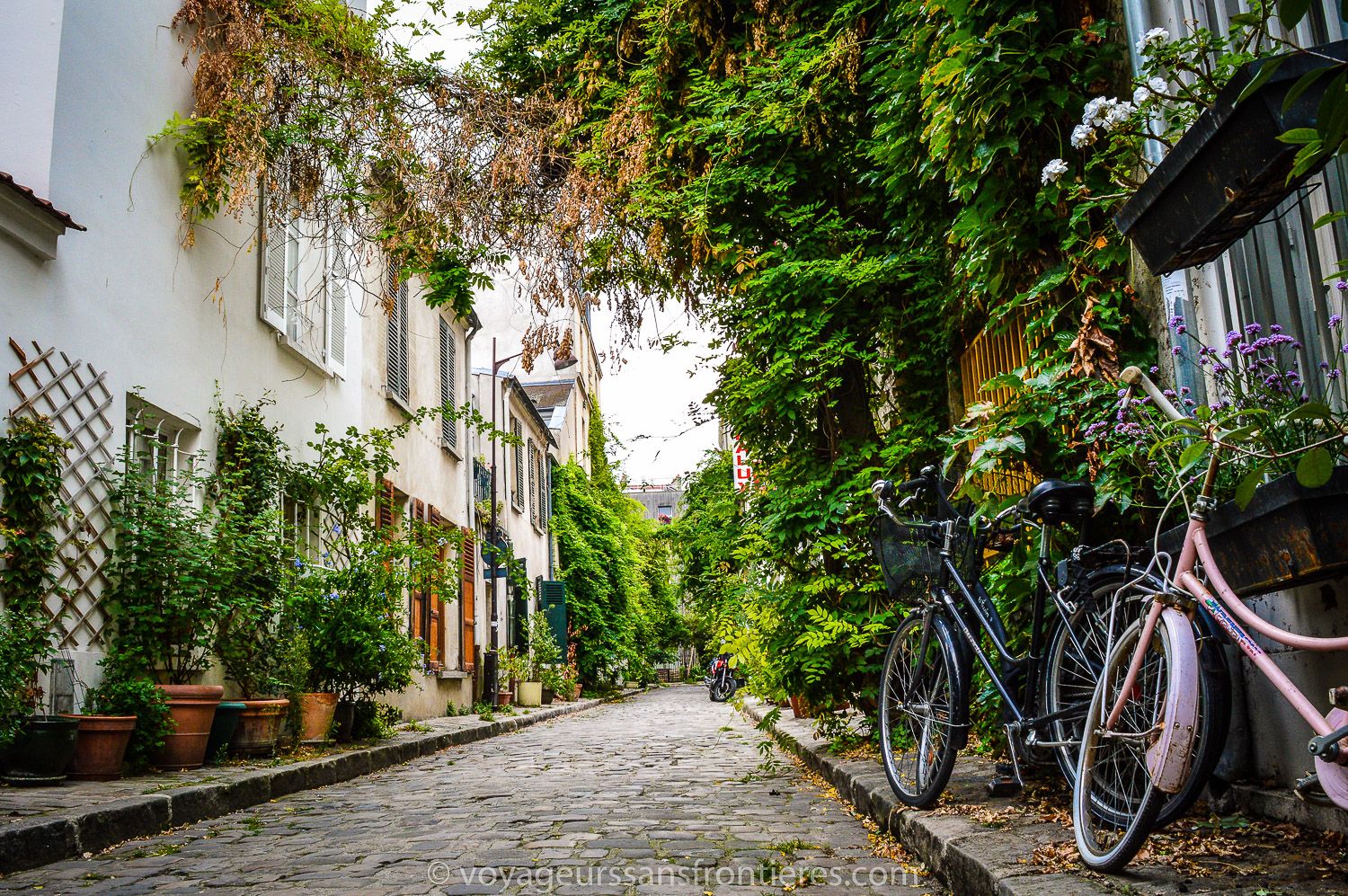 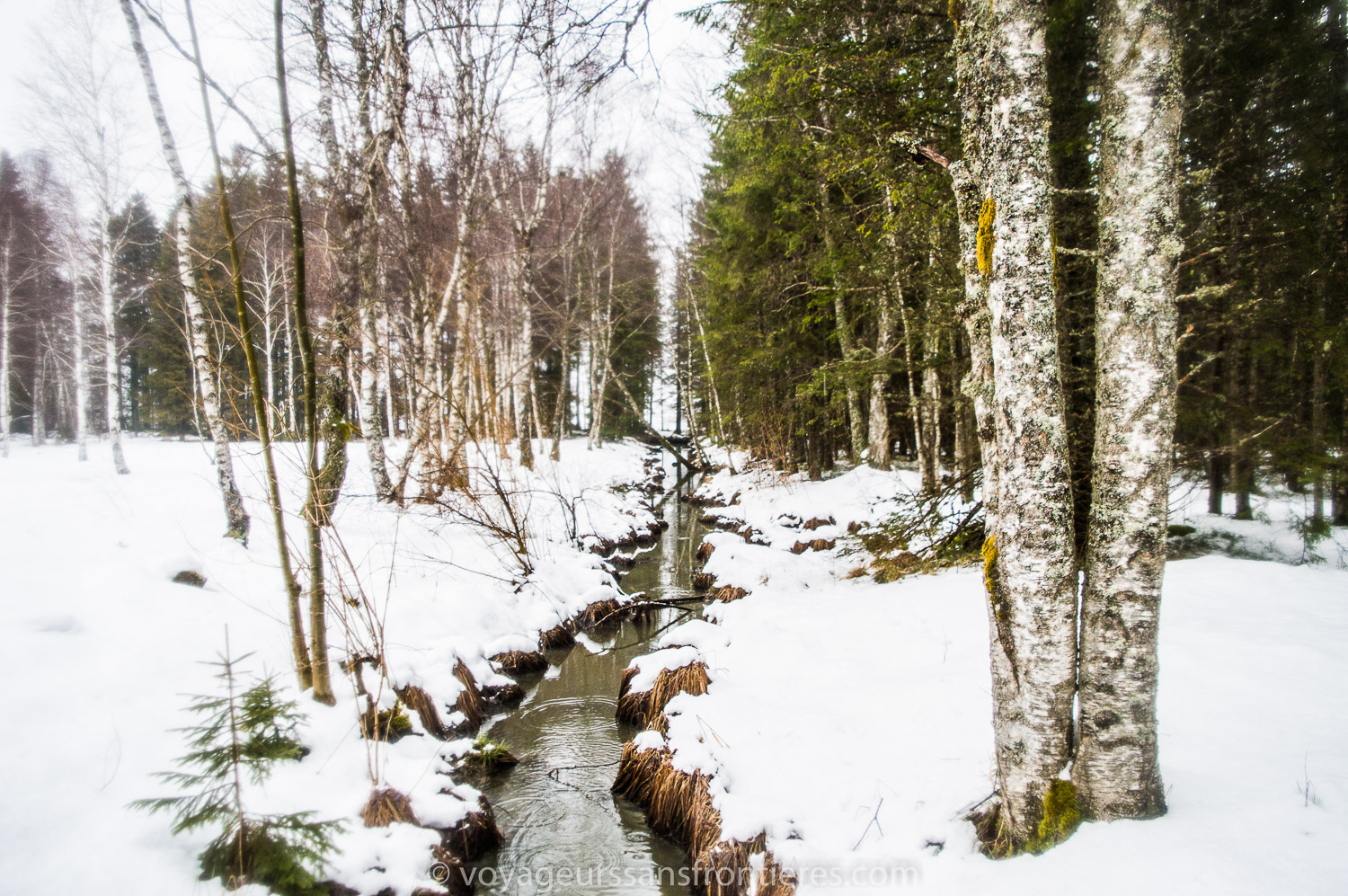